Image on the left: my squirrel, photo taken at my garden window in Munich 12/19: Image on the right: 09/17 CD recording session with conductor Kevin John Edusei, auditorium Grafenegg castle.

Exciting world premieres: Oct. 10 at the Speyer Cathedral with the organ symphony no. 14 DIE ROMANISCHE, Dec. 12 in Taipei/Taiwan with YI JING. CONCERTO FOR SHENG & CHINESE ORCHESTRA with the National Chinese Orchestra Taiwan and the Asian star soloist Weng Zehn-Fa, who also got many audiences in China acquainted with my CHANGES on the 19th of September at the Sheng Festival in Shanghai. Other world premieres include my variations of Bach's Christmas Oratorio O MEINER SEELEN ZIER for baritone, choir and ensemble on the 25th of December; on New Year's Eve, there was the world premiere of MEDIA VITA for organ and percussions in Rheinfelden/Basel MEDIA VITA (with Irmtraud and Edward Tarr). Furthermore, there were always concerts of compositions that had already had their premieres, also in international concert halls. To name just a few, Laszlo Fenyö (cello) performed my composition SULAMITH on the 19th of November in Budapest at the Liszt Academy and Johannes Skudlik (organ) a performed the composition EDGE OF TIME on the 10th of November in New York/USA at the Central Synagogue.

A personal highlight of mine was the entire week in September that I spent in the auditorium of the castle Grafenegg (near Vienna), where two new WERGO CDs were recorded with conductor Kevin John Edusei and the "Tonkünstler-Orchester". Seven virtuosic concerts were part of the program - with outstanding soloists, auch as Albrecht Mayer (oboe), Dorothee Oberlinger (recorder), Oliver Triendl (piano), Christoph Hartmann (oboe), Johannes Fischer (percussions), Joachim Schäfer und Csaba Kelemen (trumpets), Stefan Langbein (trombone), and Olga Watts (cembalo).... it was a true explosion of musicality and sound colors - I look forward to the release of the two CDs in 2016.

And as always ... film scores: In 2015, 5 episodes of the ARTE/HR/SWR "Fährpassagen" (ferry passages) were created and then aired for the first time at the end of December on ARTE (interesting documentaries also about people away from the high business world), 3 episodes of "Hessen von oben" (Hesse from the top) for HR, 40 episodes of "Giraffe, Erdmännchen & Co" (giraffe, meerkat & Co.) for HR about the zoo in Frankfurt ... and a gripping ZDF thriller "Es ist doch nur Liebe" ("but it is only love", directed by: Thomas Nennstiel). The music recordings with the Philharmonic Film Orchestra Munich and Christian Gruber of the guitar duo v'Gruber & Maklar' took place on the 22nd / 23rd of December .......

And due to its importance, it should not be forgotten to mention my activity as the president of the German Composer Association, my work in the executive committee of the German Music Council, and my work as the chairman of the supervisory board  of the GEMA. There were weekly committee meetings, talks, conferences and conventions about the topic of copyright law and the "fight for a fair compensation" of Europeans engaged in the cultural sector. This also involved the need to travel to Berlin, Munich, Hamburg, Brussels, London, or Stockholm.

Regardless of all that work, many new compositions were born (especially at night) such as ABADDON. ANGEL OF ABBYSS and the symphonic composition LILITH (both scheduled for CD recording in March of 2016 with the DSO Berlin and cellist Laszlo Fenyö), the trumpet concert IKARUS. DESIRE FOR THE LIGHT (performed by Otto Sauter in a world premiere in the jungle theater Manaus/Brazil and later on in  Teheran and Istanbul), APOCALYPSIS. END OF TIME was created and a concert for 4 trombones and orchestra and it is intended to sweep the listeners off their feet (world premiere in April of 2016 with the Quadriga trombone quartet and the Philharmonic Orchestra Jena)..... In accordance with the pace of my composing work, my three publishing houses Schott Music Mainz, Strube-Verlag Munich, and Ries & Erler-Musikverlag Berlin are busy putting together sheet music (which is something I am really grateful for!), so that new compositions can be released each month. 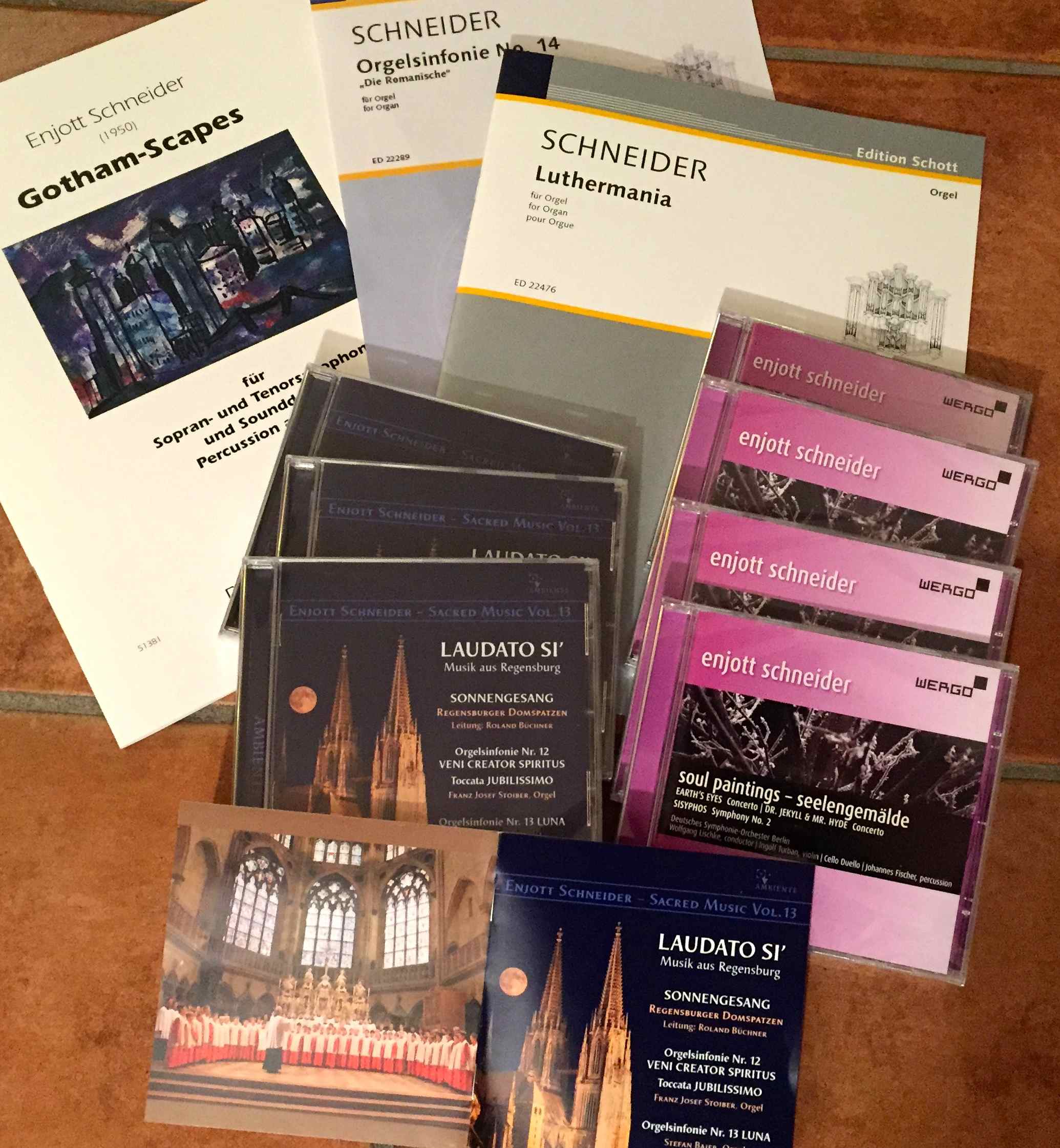