Enjott Schneider is a german composer for concert hall, stage, film and sacred music. Enjott still dreams of a universal comprehension oft he world and humanity: Music is the language of the universe and the language of freedom! Music is art – versus commerce and capitalism. In committees for cultural affairs – as President of the German Composers Association - he is fighting for cultural diversity and against the Dominance oft he mainstream.

Enjott Schneider  President of German Composers Association DKV, Member of the Supervisory Board of GEMA

He was born in Weil am Rhein (Germany) in 1950. He studied music and musicology in Freiburg (im Breisgau) and was awarded his PhD in 1977.

From 1979-2012 he taught at the University of Music and performing arts in Munich (first as professor of the theory of music, later – starting in 1996 - as professor of composing for films).

He has published books dealing with time and rhythm and with composing for films.

He has himself written more than 1000 soundtracks, for major films like “Stalingrad”, “23”, “Schlafes Bruder” “Armageddon”, “Stauffenberg” and TV- Productions ranging from soap operas to epic TV-movies.

Enjott Schneider has created numerous compositions for the stage and the genres of chamber, orchestral and chamber music, and special consideration needs to be given to seven operas, such as “The Salome-Principle” (Gelsenkirchen 2000), “Gatekeeper Thiel” (Görlitz 2004) and “Fürst Pückler – I’m a child of fantasy” (Görlitz 2006), and also three orchestral symphonies “Bell- Symphony: A Song to life” based on texts from the Buchenwald concentration camp (Cathedral Steps Festival Erfurt 1999) and “Sisyphos” (Herkules Hall Munich 2001), “Chinese Seasons” (Leoben 2008). Works are performed worldwide from New York, Brasil, Canada to Taiwan, China, Japan, Russia.

A special interest of his is composing organ music (16 large organ symphonies, 2 organ concertos) and sacred music (8 large oratorios, works for choirs). A series of CDs “Enjott Schneider: Sacred Music (Volume 1-11)” with the label “ambiente audio” documents some of these compositions. Schneider's music reflects a wide range of genres from avantgarde to film, and seeks to tap the creative potential of contrasting streams within a postmodern ethos. 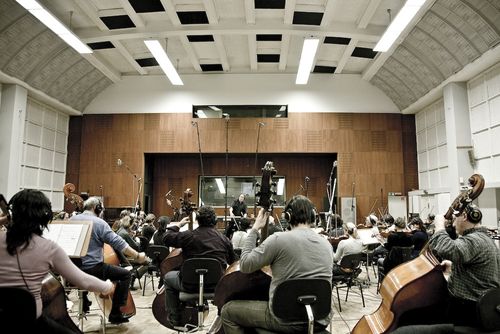