COMPOSING AGAINST... AND DESPITE THE CORONA-VIRUS 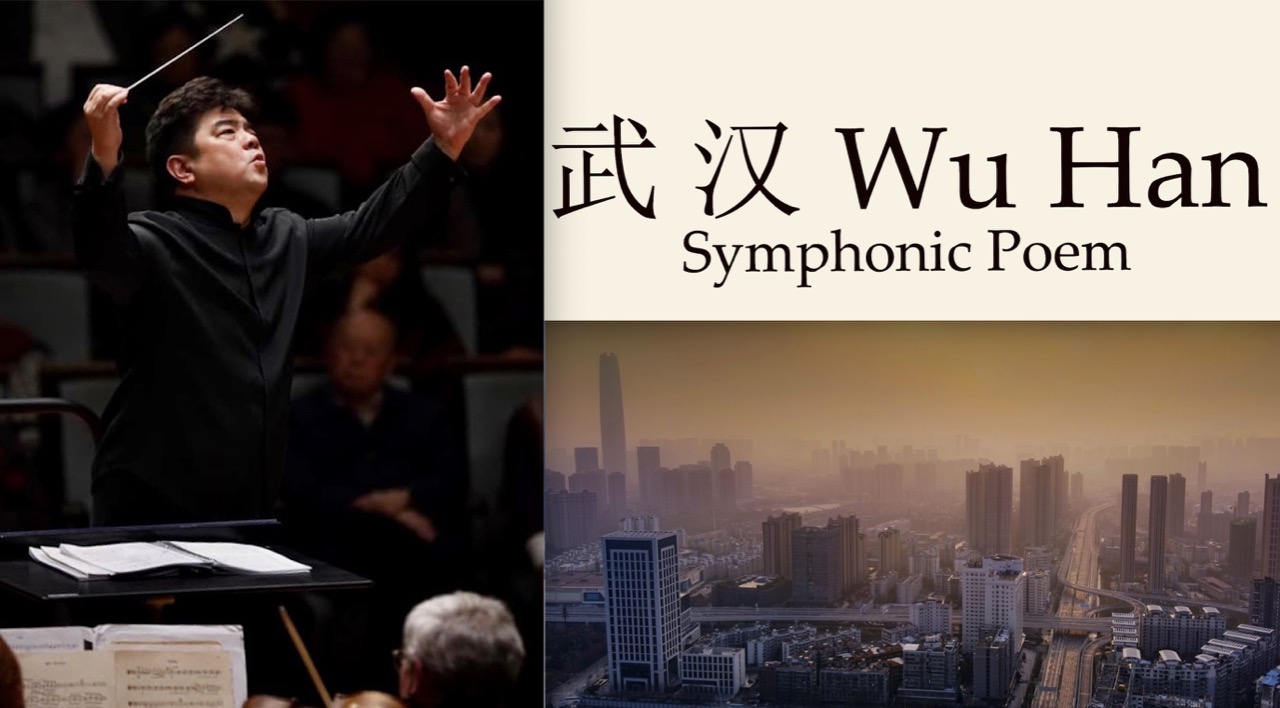 On the one hand, many concerts and world premieres have been cancelled: "The Dao of Water" with the Hong Kong Chinese Orchestra on 22.2. was cancelled; also on 2.5. in Taipei the premiere of "Hidden World of Demons & Spirits", on 6.6. in Beijing a "my" birthday concert of the China National Symphony Orchestra, on 11. 6. in Krasnoyarsk the world premiere and CD-production of three works, on 27.5. a world premiere in Luxembourg...Also CD-productions in the cathedral of Essen on 24.4., in the Munich Philharmonie on 28.6. and in the Theatinerkirche on 28.7. with the Munich Bach Choir... Kahlschlag: so nearly 30 concerts are currently not taking place!

On the other hand, there were also commissions for compositions that would not have come about without Covid19. I would like to report about two very special situations:

1) Early in the Corona crisis I was commissioned from China to write a work "on the Corona virus" for the Beijing Symphony Orchestra and the Tianjin Symphony Orchestra, which was to be performed as an overture on March 6th at the reopening of the symphonic Shut Down. I started on February 10th and had actually finished the 48 pages of the score on February 20th...but the reopening of the orchestras was postponed to April, then again to early May... the orchestras are already rehearsing, some of them even online via Skype. The work is called WUHAN 2020: SYMPHONIC POEM FOR ORCHESTRA. It is dedicated to "the brave people in Wuhan", and deals with science fiction-like unrealities, fears, but then the courage of perseverance and hope.  With the chief conductor Biao LI in Beijing and Tianjin I have a good friend and musical trustee.

2) On the occasion of the death of Krzysztof Penderecki on 29 March 2020, the Silesian Philharmonic Symphony Orchestra in Katovice/Poland commissioned a composition. It is to be a work "In Memoriam Penderecki", which I had in mind as "Mazurka Triste"... the Mazurka is the mirror of the Polish soul... and with Penderecki's death this soul has been very much hurt. The rules of the game are entirely due to the Covid19 lockdown: I was supposed to start the composition on Monday, April 6th, 2020 with two work beginnings. These were put on the Internet with score + sound demo, so that the audience could make a selection by digital vote. On Monday evening I received the vote ... so that I was to compose and produce the next minute in two variants A1 and A2 (again to be selected) overnight. On Tuesday the internet community decided on A1 and I composed B1 and B2 again overnight ... and so on. With E1 and E2 all 12 parts were composed, - and the "Mazurka Triste" was finished. Now the work is currently being rehearsed (via video rehearsals) by the Silesian Philharmonic Orchestra, then recorded and finally performed several times on tour in Poland. - It was a stressful but highly exciting experience - for the first time in the history of music, a work with continuous audience participation was created. 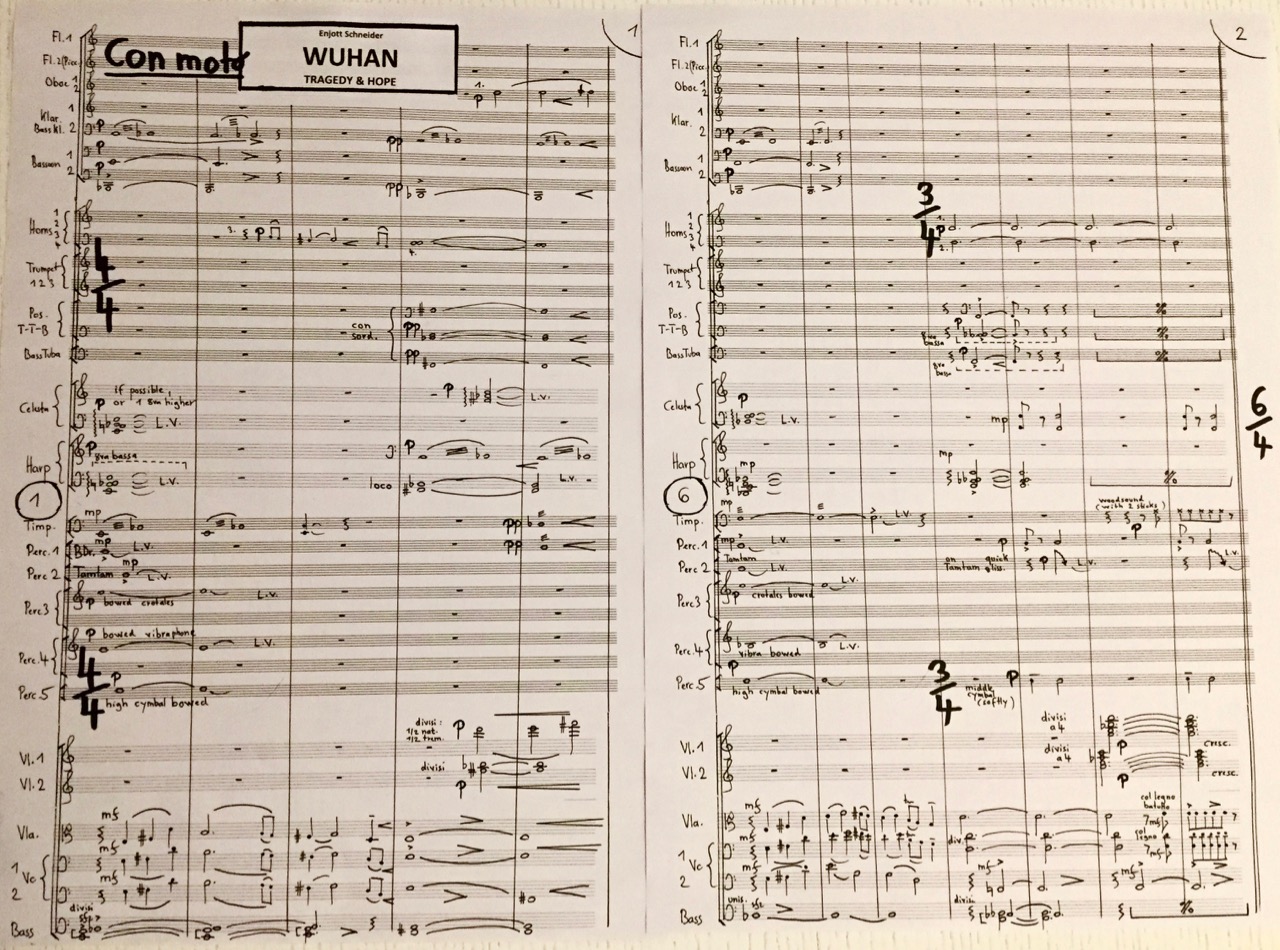