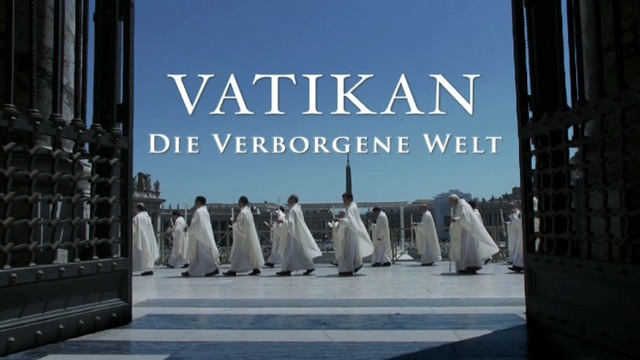 In sensational pictures (possibly to many flight admissions from the helicopter, first-time pictures from the Nekropolis with the bones of the saint Peter, with the night Sixtina, with the confidential videoheadquarters of Vatican) tells Richard Ladkani on the basis of well-chosen protagonists (the security boss, Franscesco, the body photographer, the päsptliche astronomer who functions German-speaking employee of radio Vatican, Valentino, the Ministrant) like Vatican and which Gehemnisse of the power and size he rescues. The first broadcasting was in September, 2010 on the occasion of the pope's visit in England on several canals of BBC England.