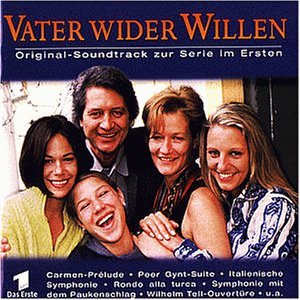 After the great success of the 3x 90 minutes VATER WIDER WILLEN (director: Peter F- Bringmann) with elaborately produced classical recordings, which then sounded in the picture by (film) conductor Max Oldendorf (played by Christian Quadflieg)... there followed a TV series in two seasons of 13 episodes each. In the first season my graduate Annette Focks (now a renowned and very successful film composer herself) was my co-author, in the second season my graduate Andreas Weidinger (now a renowned film composer) was my co-author. - The inhaternal waves of the sequel remained the same: many (women's) stories about a star conductor, entanglements of his three increasingly grown-up daughters...and always a lot of music with many soloists.