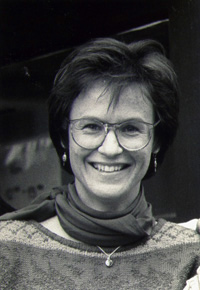 Introduction: Phoenix is the mythological female bird (also called 'firebird' or 'Bennu') that, in all mythologies - whether in Egypt, Greece, China, India, Japan - carries the symbol of immortality, ressurection and life after death. Phoenix burns herself in order to be resurrected out of her own ashes in a continuing cycle. She is seen as the symol of the sun and in the Egyptian version of the creation of the earth she was the first creature that was seen on an island in the Nile; this vision is musically protrayed in the long oboe solo at the end of the first movement 'In the Land before Time'.

During the compositional process, the work obtained a nightmarish aspect of reality, because it was composed at the same time of the suffering and decease of a friend. The valley of darkness and the breakthrough to new hope and light is portrayed in the vivid emotionality of the second movement 'Rondo perpetuoso'. The third movement '...forever' becomes a great song of mourning, but at the same time streaked by a ray of peace.

Press reviews for world premiere: Wolfsburger Allgemeine, Wolfsburg, 2003:
The symphonic poem 'Phoenix' by enjott Schneider for oboe, percussion and string orchestra gains visionary traits by its sensitive nature and its great variety in the means of sound expression.