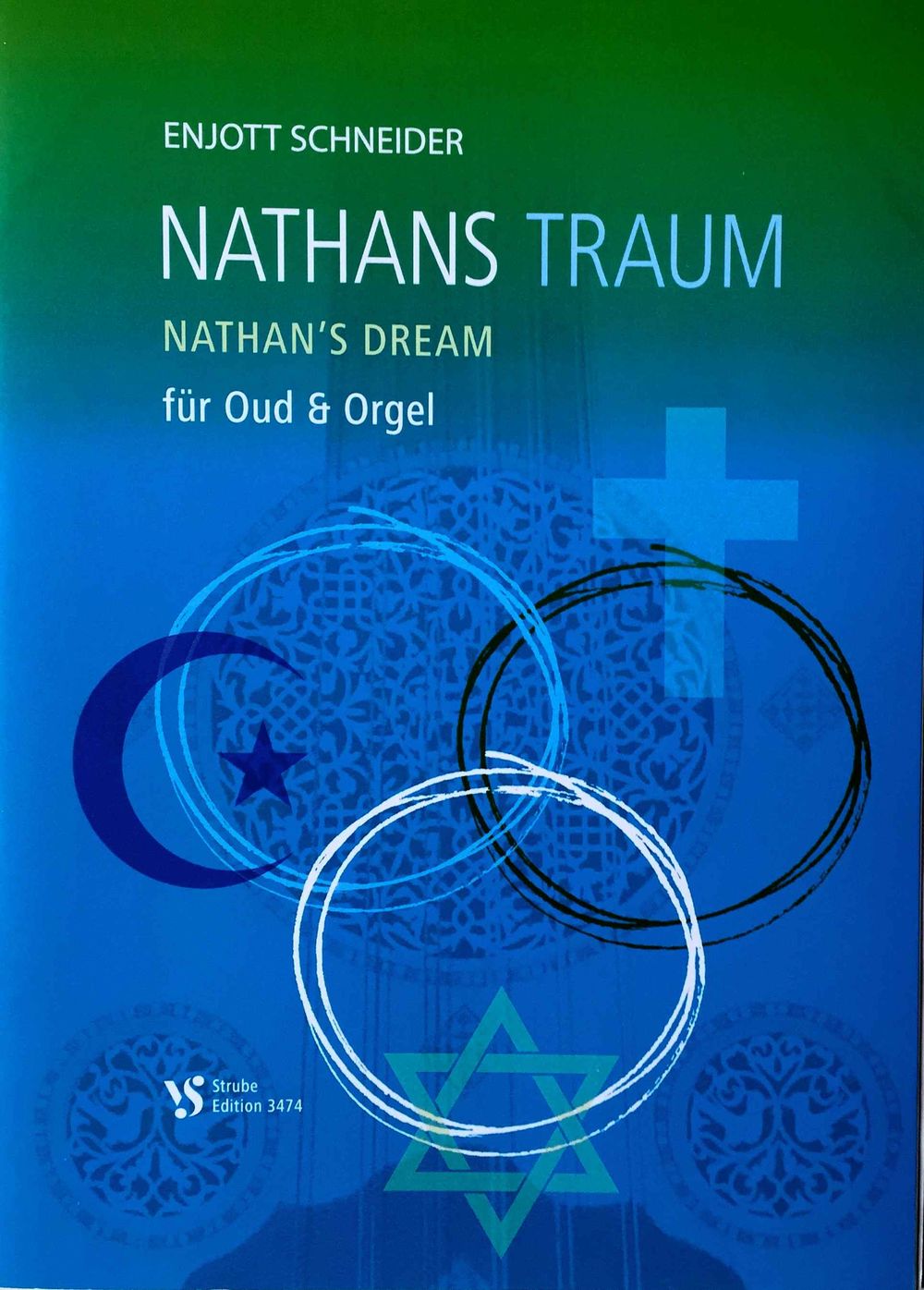 Xenophobia, dileneation of refugees, fear of Islam... our world tends tob e intolerant and nationalistic. How liberating was the vision of G.E. Lessing in his stage play „Nathan the philosopher“: all religions originate from a primordial reason...and all men are brothers and sisters. The organ meets the arabic oud... a gesture of friendship and an advice, how our world should be!

Introduction: -----------------------------------------------------------------Prologue:
Two years before his death Gotthold Ephraim Lessing (1729-1781) created a terrific monument to the humanism and the concept of tolerance of the Enlightenment by his literary drama NATHAN THE WISE which was published 1779. Unfortunately, this drama was too often led to the absurd by (also younger) history through nationalism, hatred and xenophobia. The story takes place in Jerusalem during the time of the crusades and shows the "ring parable" as question of the "true religion" as center: "the message of the parable, that has circulated since the 11th century and was also adapted by Giovanni Boccaccio in his "Decamerone", is the recognition that the world religions of that time Islam, Judaism and Christianity are identical in their core. Lessing's version has become a key text of the Enlightenment.
With this in mind, the oud as central Arabic instrument and the organ as central Christian instrument are equally compared to each other in NATHAN'S DREAM and embody a subtle as well as surprising coexistence in their multi-faceted dialogue. This is exemplary shown in the first movement "Toccata", when the preluding of the oud with Arabic scales are imperceptibly impacted by fragments of Johann Sebastian Bach's Toccata in D minor. Both cultures approach and their contours begin to blur as well as, paradoxically, to solidify.

Dedication: Warmly dedicated to Michael Grüber with his longtime
„Cultural Work“ for the organ