Recycling Symphony for percussion and orchestra 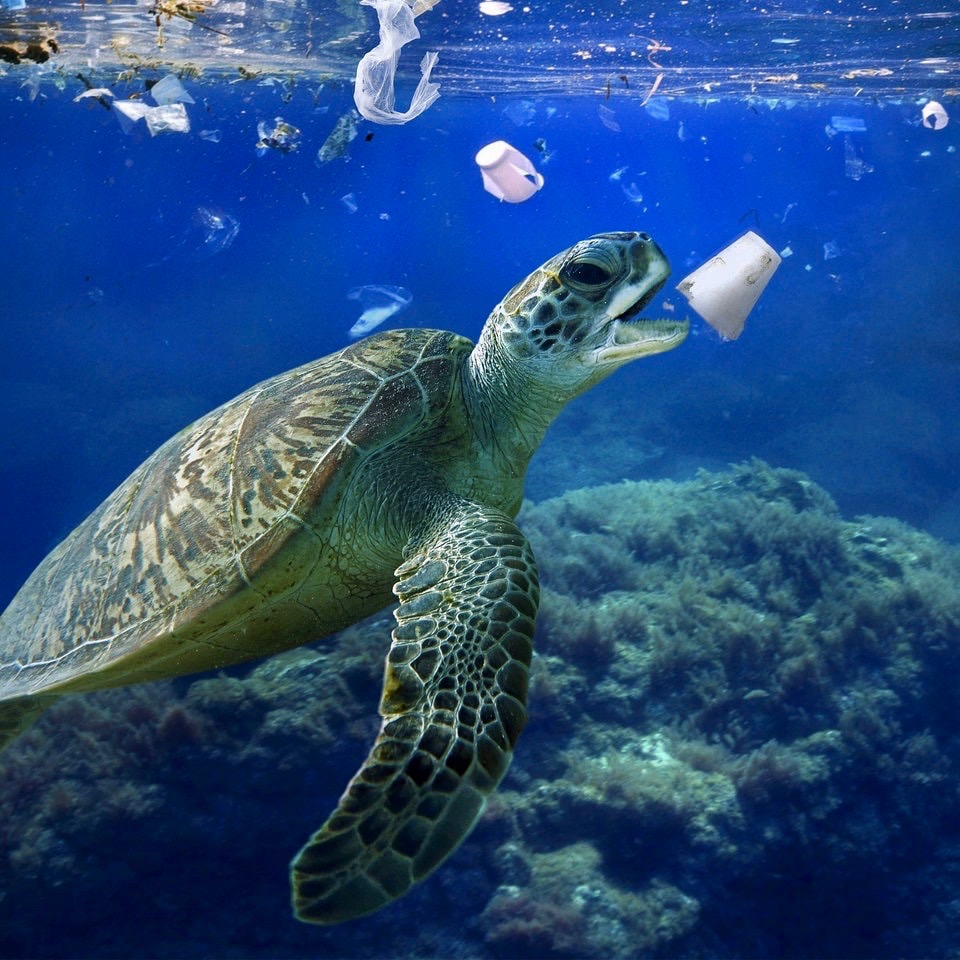 hip, trash & hop - Recycling Symphony for percussion and orchestra
emotionalises and reflects in five movements the unstoppable destruction of our planet: industrialisation with the overproduction of consumer goods is damaging nature, the forest, the sea, the climate... and we only have this one planet "Earth"!
The daring combination of time criticism, deadly seriousness with elements of the sometimes entertainingly virtuoso elements of "music first" leads to the finale "Friday for Future", in which youthful anger erupts in the face of the powerlessness of the individual in a mass society: NO FUTURE, the slogan of the punk generation has become truth. Currently, 150 million tonnes of plastic end up in the sea every year, in Germany alone (according to NDR) 2.8 billion tonnes of plastic are consumed every year, in one square kilometre of ocean there are 46,000 pieces of plastic floating....

The work was commissioned by the Nuremberg Symphony Orchestra for the exceptional percussionist Alexej Gerassimez in the summer of 2022 and combines the sound world of classical percussion with materials from the rubbish dump, from plastic, from rubbish & rubbish. The ex & hop society is musically counteracted not only by the tonal language of new music, but also by borrowings from hiphop and punk.

Introduction: 1: EX & HOP.... No orchestral "hip hop", but a fireworks display of surprises, the destructively stimulating tempo of a disposable society that has become self-destructive. "Ex & Hop" as a cipher of our civilisation, which throws everything away again straight away! Set up between the pleasure-laden "destruction" of things (preferably the smashing of furniture, radios, kitchen appliances) and obsessive rhythm.
First an INTRO like music theatre: Alexej plays on a large dustbin...then the first co-worker comes (fetches additional surprises from the dustbin) and takes over the groove. Alexej goes to the second bin (a duo is formed). Then the second co-worker comes, takes over the groove of the second bin, Alexej goes to the third bin (a trio is formed). Then the cuddly hip-hop, hop-hip, trash-hip as a symphonic punk scene.


2: THE PLASTIC-TSUNAMI
The central issue of environmental pollution is plastic waste. Millions of tons are already in the world's oceans and forests. Animals die, the environment suffocates and is poisoned. This is satirised in a composed crescendo and an accelerando in the style of "Dancing Derwishes". - Starting with the breathing of these Sufi mystics as an expression of the natural (where the orchestra members are also respiratory challenged), "plastic sounds" increasingly come to the fore and increase tumultuously.

3: MAGIC & BEAUTY OF RUBBISH
A slow waltz is conjured up in a delicate movement, a Valse Triste from the rubble mountain! Magical sounds are drawn from all kinds of materials, "So beautiful and precious the discarded can sound!". Quiet sounds, from cans, water, metal plates....magical, undefined. The vibraphone seconds as a classical sound base.

5: FRIDAY FOR FUTURE: ANGER & HOPE / WUT UND HOFFNUNG is a shrill protest by the youth for a future worth living, for climate protection and conservation of ecological resources. Joy of life instead of destruction of the planet! Basically an optimistic sentence.... The "No Future" of the punk movement is taken up again and has given rise to a kind of wild fun punk or happy punk. In between wild solos on recycled material, partly oppressive even before serious "street fights" with the police, - whistles. With the folk song "Alle Vögel sind schon da", the actually bottomless seriousness of the destruction of the planet is softened a little - a bit of hope and joie de vivre shimmers through.