on CD 'Ways to Gustav Mahler" 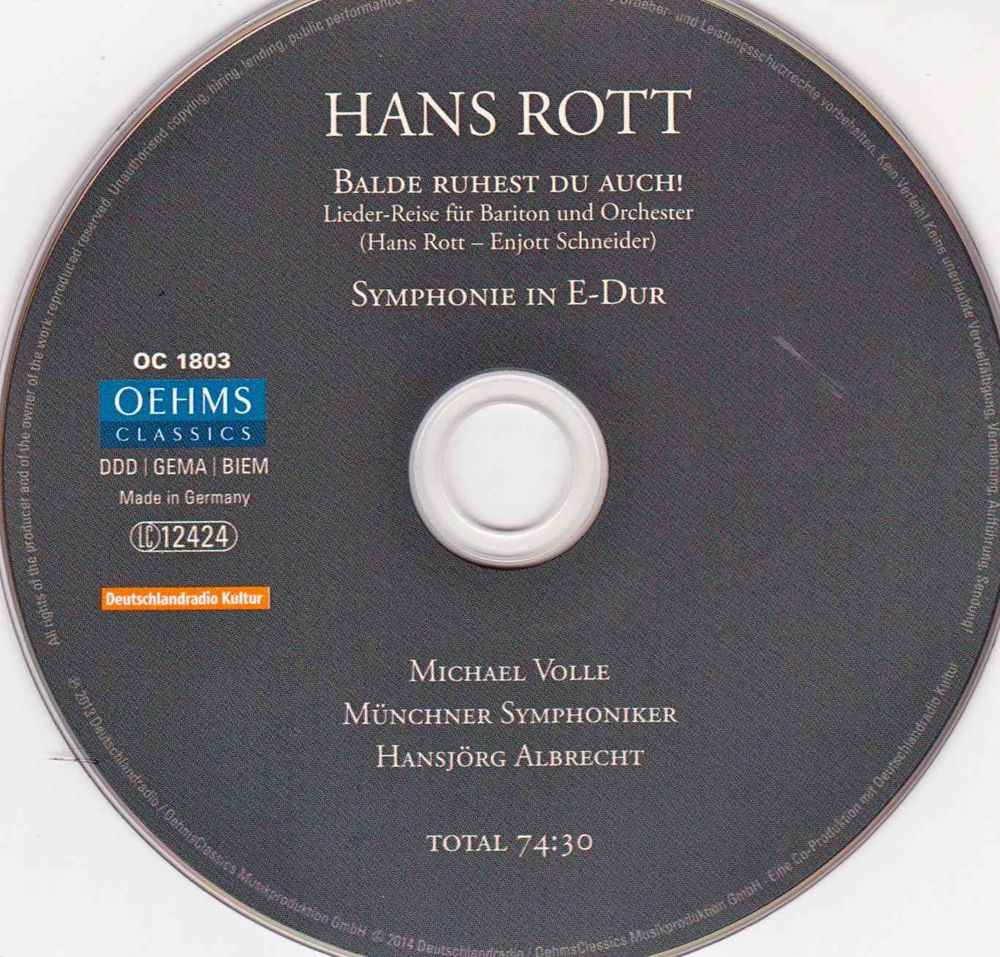 Gustav Mahler named his friend Hans Rott ‚the most gifted colleague’ in the composition class of Anton Bruckner. Hans wrote in early years a gigantic Symphony Nr. 1... but Johannes Brahms refused this symphony: From this disappointment arose a psychosis and a persecution mania... and Hans died very young with 26 years in a mad house in Vienna. Enjott Schneider arranged fragments of piano songs of Hans Rott, which mostly revolve around the theme of „death“. These late-romantic songs were orchestrated and commented by contemporary music.... In this way Enjott Schneider created a journey of sorrow and joy.... to the darkness of mental aberration.

Introduction: A cycle with five piano songs of the Bruckner student and Mahler coeval Hans Rott (1858-1884), an underestimated and fascinating artist, who died much too young and is gaining an excellent reputation in the international world of music. With musical commentary (prologue, interludes, epilogue in moderner idiomology), Enjott Schneider leads the listener through the piano songs of Hans Rott, often characterised by a death wish and the constant longing to escape. The songs are carefully orchestrated and their expressivity remains unchanged. The songs are: Wanderers Nachtlied (J.W. von Goethe), Das Veilchen (V. Zusner), Vergissmeinnicht (V. Zusner), Zwei Wünsche (V.Zusner), Der Sänger (J.W. von Goethe). - The commentary confronts the songs and their late-romantic movement with a sound language that is full of free tonality, clusters, high glistening stationary tones (covering the quotes by Hans Rott like a veil) and subtle sounds and with a unique fragility or excessive eruptions, there is a constant reference of Hans Rott's themes 'death' and 'insanity'. In a way, the songs are placed in front of an imaginary shadow wall and receive three-dimensional contours. All of this is kept together as one by the motif (that is also sung): „Warte balde ruhest du auch! (Wait, soon you will rest as well), that is exposed specifically in the prologue and in the epilogue.