A three part documentary film about the African colonies 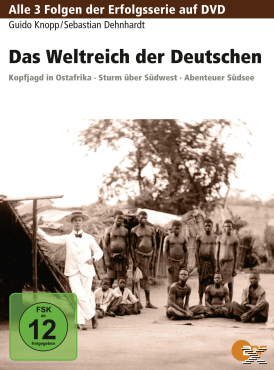 One of the worst chapters of German history is finally being dealt with. The atrocities committed by the Germans in the African colonies was immense. The genocide of the Hereros was the first and one of the greatest genocides of the 20th century..long before Hitler. And nobody talked about it... Military men like Lettow-Vorbeck were celebrated as heroes and were role models well into the Nazi era. The "highest mountain in Germany" with its more than 6000 meters was in Africa...the "Kaiser Wilhelm-Spitze"... a historical knowledge of yesteryear that has never really been revised. That is why this three-part documentary by Sebastian Dehnhardt, Ricarda Schlosshan and Manfred Oldenburg (production: Leopold Hoesch, broadview-tv for ZDF) is so important.
Easily available on DVD and easy to stream on the Internet/youtube/media libraries. SEEING VALUE and shocking.

Performers in movie: A ZDF three part film about the German colonies