Concerto for Viola and Strings 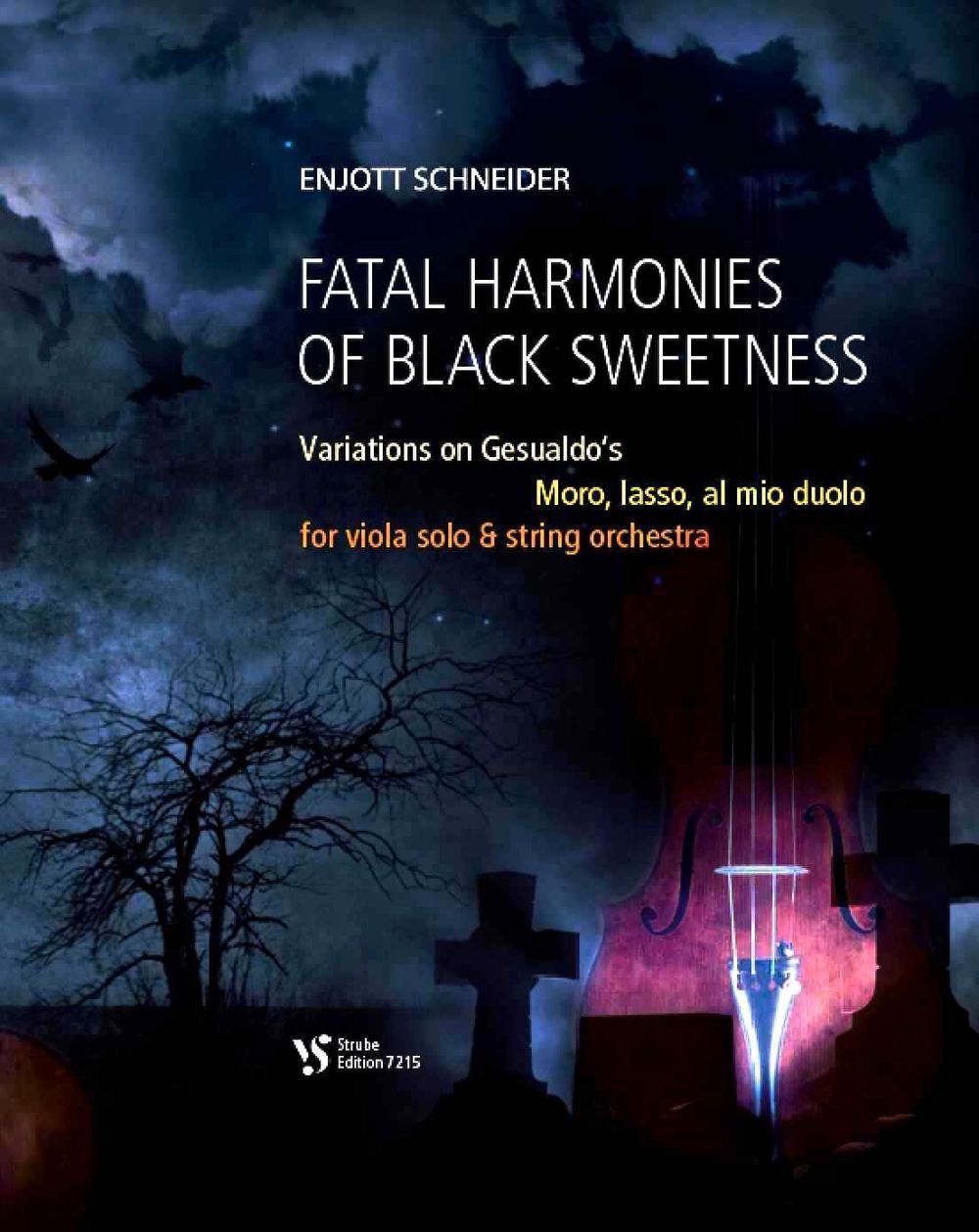 FATAL HARMONIES for Viola and Strings is a transcription of the Cello Concerto
FATAL HARMONIES OF BLACK SWEETNESS / Variations on Gesualdos „Moro, lasso, al mio duolo“
The death wish and dark atmosphere in Gesualdo's Madrigal was leading to daring harmony and to a musical expression based on contrasts, surrealism and surprising changes of moods.

Introduction: FATAL HARMONIES OF BLACK SWEEETNESS Variations on Gesualdos „Moro, lasso, al mio duolo“ for viola solo & string orchestra
-----------------------------
Carlo Gesualdo (1560-1613) can be considered one of the most courageous and mysterious composers of all times. His madrigal art guides harmonically to the times of Wagner and is unprecedented for his era. The background behind the permanent themes of 'death' and 'pain' for the art of composing is the murder of his beautiful wife Maria d’Avalos that led to depression and isolation... and the establishment of the radical movement that can only be understood when considering the mentioned background.
This composition adopts the dark sweetness that dominates Gesualdo's madrigal art and that cannot be seen any clearer than in the madrigal Moro, lasso, al mio duolo of his year of death - 1613 (from the 6th madrigal book). The striking sequences of chords C sharp major / A minor / H major / G major are used as the main theme and are introduced in No. 1 PROLOG. In No. 6 PASSACAGLIA DELLA MORTE they are complemented to form a quaver time Passacaglia sequence. The final tune and its swaying, sliding and glissando also refers to the reported gruesome killing of his child: tied to a swing set in the yard of a castle and exposed for days to choral tunes ... until the child died.