FANTASY FOR A NEW AGE

Film by Richard A. Caesar 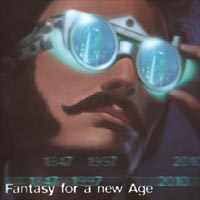 A spectacular fantasy journey... A worldwide energy-breakdown can only be solved if a "system error" is fixed in the past... so scientists and engineers go back with the time machine to 1947 when Werner Siemens wanted to found his company: he could still save the world! Werner Siemens is transferred into the future of the 3rd millennium...to show him his company, what has become of it...and how this energy-breakdown and worldwide collapse can be fixed...Siemens hesitates, but then screams his redeeming "YES I WANT!" in the fantastic rocky landscape of the cyber-future (elaborately shot on Isalnd) and the world is saved...finale.

Movie directed by: Richard A. Caesar