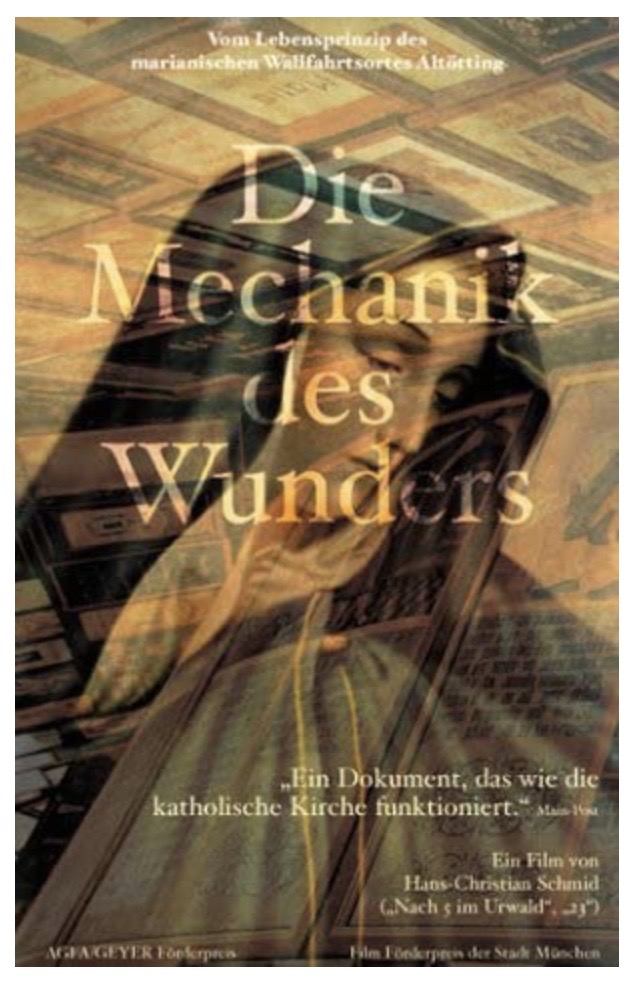 Together with director Hans-Christian Schmid, who trained his excellent and precise cinematic eye on documentary film, I have been able to work on five productions, from his debut film at the Munich film school SEKT ODER SELTERS - a documentary on gambling addiction - to his great success film "23- Nothing is as it seems". - MECHANICS OF THE WONDER was his final film in 1992 at the Munich HFF: a kind of settling accounts with his birthplace Altötting in Lower Bavaria, which is one of the largest Catholic places of pilgrimage and pilgrimage in Germany. Pure Catholicism, which can then sometimes blossom strangely. The Christian faith, how it can solidify into profitable business and business routine!

Movie produced by: HFF and SDR

Performers in movie: with Jakob Schmidt (cello) among others in 'Augenklang' recording studio