...via music connected with friends all over the world 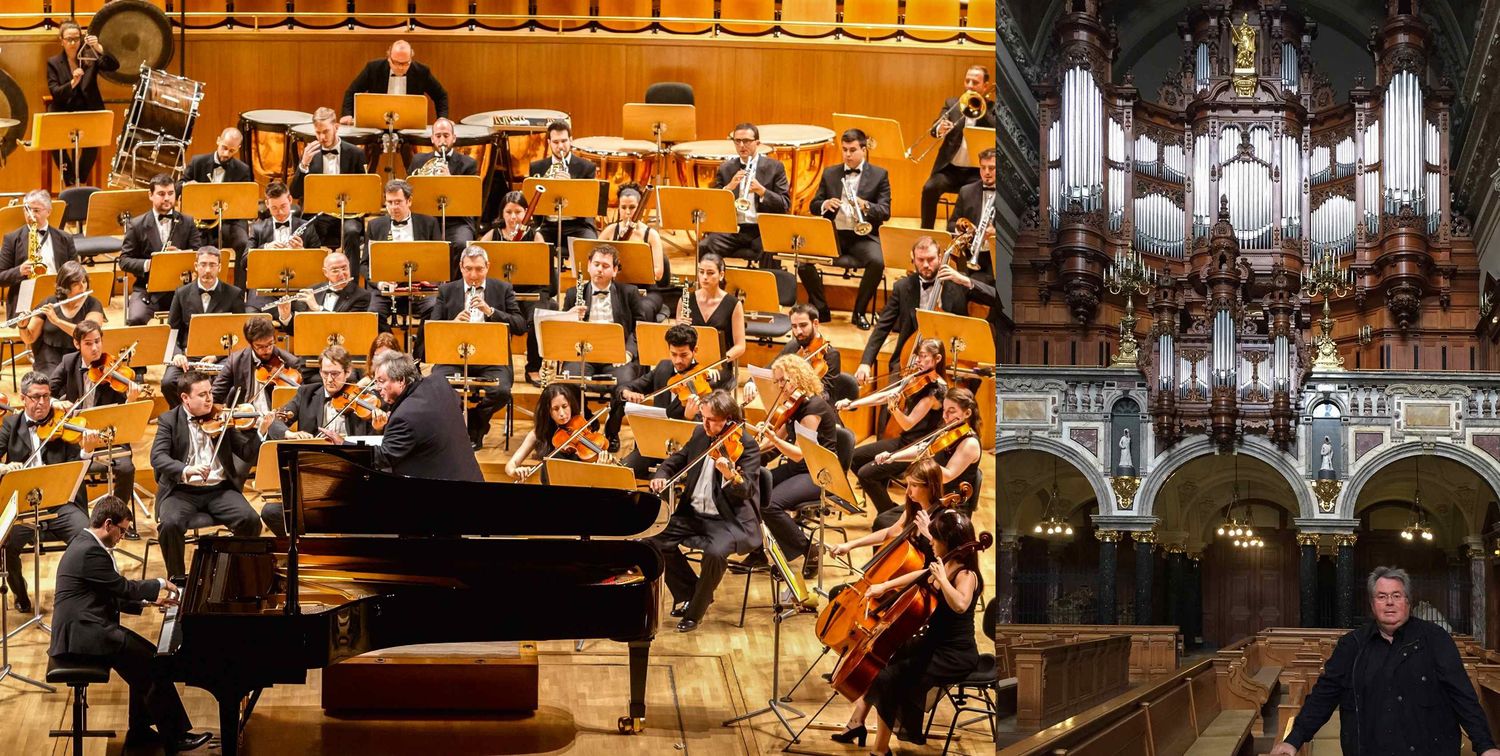 The summer months had begun end of April with the re-election as President of the German Composers Association and as Chairman of the Authors Right-Society GEMA - pretty intense cultural and political work associated with extensive travel from Berlin, Paris, London to Stockholm... Besides as a counterpart to the functionary life: MUSIC, MUSIC, MUSIC in all facets of composing and concerts, world premieres, editions of notes and CDs.

- It is a great honor that the ipc magazine made me "Artist of the Month" with the headline "enthusiastic playing... artfully and with ambiguous intelligence" in July 2016... this coincides with the fact that meanwhile a pleasing response is heard across the press and also across the broadcasts. The two WERGO CDs of my orchestral works Volume 5 "Bach, Dracula, Vivaldi & Co" (with soloists like Albrecht Mayer/oboe and Dorothee Oberlinger/flute among others) and Volume 6 "Shadows in the Dark" (with Christoph Hartmann/oboe among others) were newly published in May and August. In addition, also several online editions like the soundtrack of the movies classic "Charlie & Louise,  the double Lottchen, that has been out of stock for 20 years and is now commercially available with i-tunes and amazon or a DVD from Taiwan showing the world premiere of my "YI JING" for Sheng & Chinese orchestra in Taipei NCPA last December.

World premieres during the last months were:

- Augsburg in the fairytale enchanted palace of the synagogue (the second most beautiful synagogue in Europe): LILITH. SYMPHONIC POEM, commissioned by the Yehudi Menuhin Society for its 100th anniversary

- Munich on the occasion of "20 Years Society for Contemporary Music": THE BRIDE OF MARCEL DUCHAMP for large ensemble

- In the Cathedral of Berlin at the legendary Sauer Organ Bernhard Buttmann played the world premiere of the ORGAN SYMPHONY NO. 15 "PSYCHOGRAMM" created to Max Reger's 100th year of this death

- The orchestra of the State Theatre Mainz played the world premiere of PANTA RHEI. THE LUCK OF FLOWING

- In the cultural "egg" of Beijing, the NCPA National Center for Performing Arts, WuWei (Sheng) and BiaoLi, China's No. 1 percussionist, played the world premiere of my TIGER, DOG & ROOSTER together with the NCPA orchestra (see photos) - once again an entirely inspiring travel to China (even to the tropical island Hainan, which is located 3000km south, excursion to the rain forest included).

- Besides, numerous repeated performances contained in the regular concert life. I would particularly like to mention the PIANO CONCERT "EVOLUCIÓN", which I conducted myself with the Philharmonic Orchestra Madrid (see photo above).

The summer 2016 was also marked by many personal moments like the birth of my fourth grandchild Yuna Milou Sophie (great joy) or a knee surgery (less joy). Many personal encounters were rewarding, for example meeting the exceptional trumpeter Sergei Nakarjakov and Otto Sauter on the Arlberg (for who I already completed composing a double concert "Dreamdancers", which will be played during the Trans-Siberian Art Festival in March 2017 for the first time); encounters, discussions, musical visions with musical friends like the conductor Hansjörg Albrecht, the piano duo Grau-Schumacher in Berlin, Christoph Enzel from the Saxophone quartet "Clair obscur" in Berlin, for which I'm composing a concert called "Berlin Punk" at the moment (which is played 7 times the coming spring), Albrecht Mayer (with an idyllic walk along the Isar), Biao Li and Wu Wei with 14 turbulent days in Berlin and Beijing and so on...

Many other good news are permanent: for example on September 19, 2016 the first broadcast of the ZDF thriller LOVE TO MURDER (a truly special and exciting movie, for which my soundtrack has been recorded in January 2016), ... new issues of music sheets like (from the Schott Verlag) the Organ Symphony No. 15 "Psychogramm" and No. 16 "Martin Luther", the orchestral score "Panta Rhei", or (from the Ries & Erler Verlag) the double concerto "Tiger, Dog & Rooster", "Lilith", "Le Cri Muet", the musical fairytale "The Moon and the Little Star" for orchestra or the choral work "Symphonialis est anima" (from the Strube Verlag in Munich), the organ variations "Song of the Franconians" or the orchestra scores for the double concert "Bernardus Frescos" and for the double concert "Dreamdancers" for piccolo trumpet and flugelhorn.