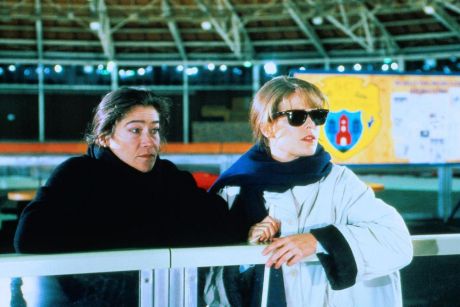 A thrilling RTL thriller with Marijan D. Vaijda: an assassin terrifies the figure skating world championship...and then attacks the title candidate (Ursula Buschhorn) in a targeted private way... Her private bodyguard (Herbert Knaup) should protect and guarantee the participation in the championship... but he falls in love with the skater, becomes careless... and just past the catastrophe, the happy ending is still successful. - Film music produced with the saxophonist Giuseppe Solera and others

Additional remarks: Psychothriller. Crime from the ice skating milieu by the ominous love of a bodyguard