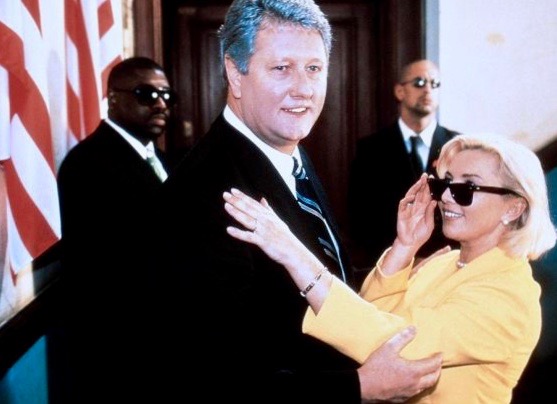 A shrill comedy with a shrill Dutch director Ate de Jong, who congenially translated the black humour in the script by Chrisstian Pfannenschmidt. But then (finally as a climax) Bill Clinton appears and gets into a broken family. A TV-policomedy, which focuses on entertainment and exaggerates everything in a wonderfully rough way... a rough Music included!