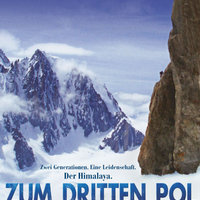 Climbing on all mountains, international expeditions in earliest times... Father and Son experience dangerous adventures....
Mountain-climbing film about the Jewish mountain climbing dynasty Günter Oskar Dyhrenfurth and his wife Hettie Heymann (won the gold medal in Berlin in 1936 for numerous first ascents) and their son Norman Dyrenfurth (climbed Mount Everest with an American expedition in the 60s).
Fottage of Günter's and Norman's Himalaya-expeditions from 1930 and 1963.
Commentary by Reinhold Messner

Press reviews for world premiere: The film won the 1st prize in the category 'alpine documentation' at the 19th international Berg+Abenteuer Film Festival in 2007

Distributor of movie: BR and ARTE