THE MASTERS OF WATER. The upcoming of a shortage 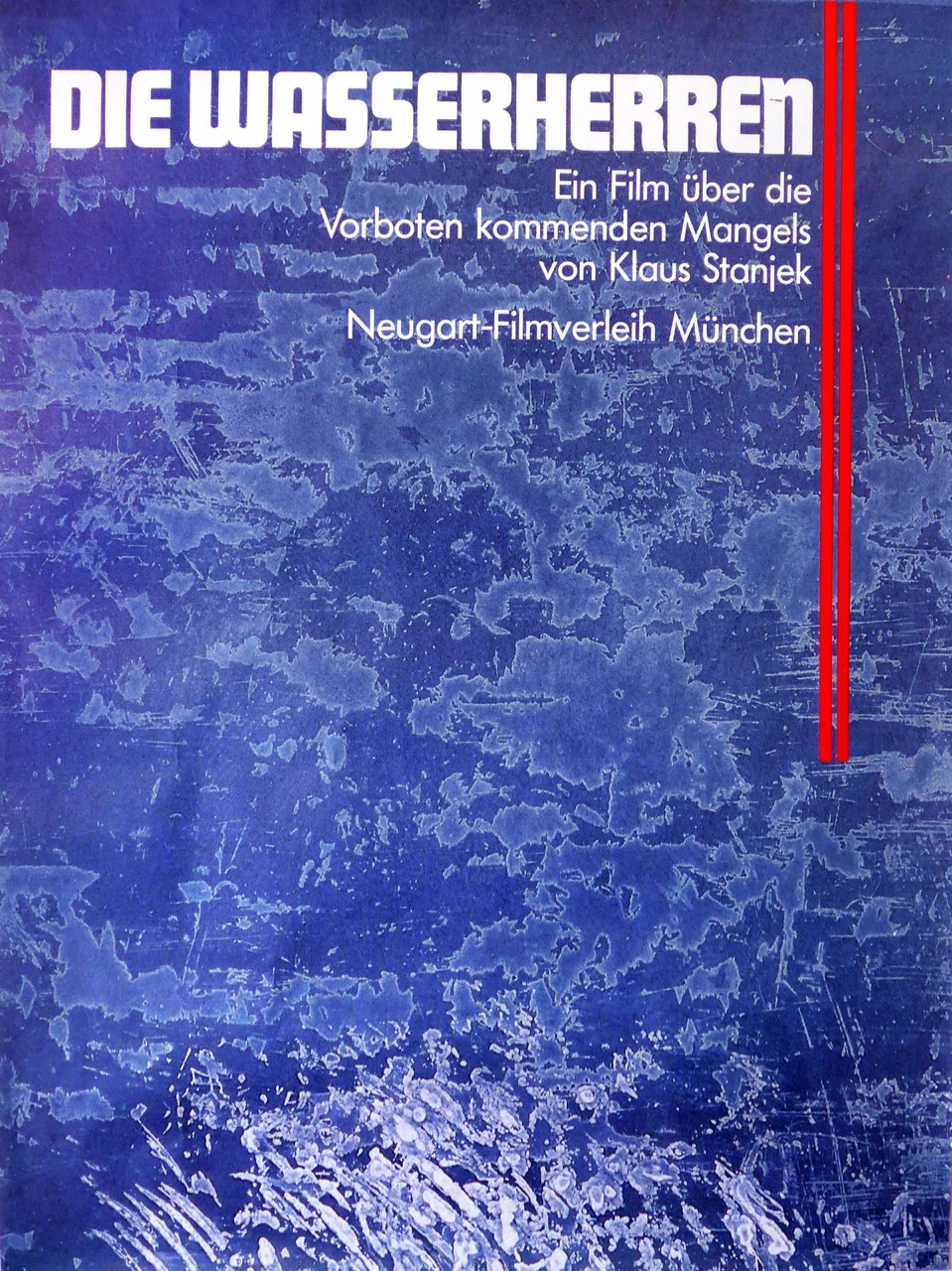 A thought-provoking film, 79 minutes, by Klaus Stanjek Script/Director...of the water lords who determine the water distribution of millions of people every day. Süddeutsche Zeitung of 27.7.1985 "If at some point in the morning no more water comes out of the tap, at the latest then we are in the hands of these water lords. In his documentary film, Klaus Stanjek leaves no doubt that in an emergency we cannot necessarily count on the Water Lords. - The film music symbolizes the strength of the water by a large trombone ensemble, to which cor anglais and vibraphone are added.

Additional remarks: Documentary feature film. Ecology film about the shortage and marketing of water. Premiere at the Oberhausen Film Days.