THE STONES OF NEWGRANGE 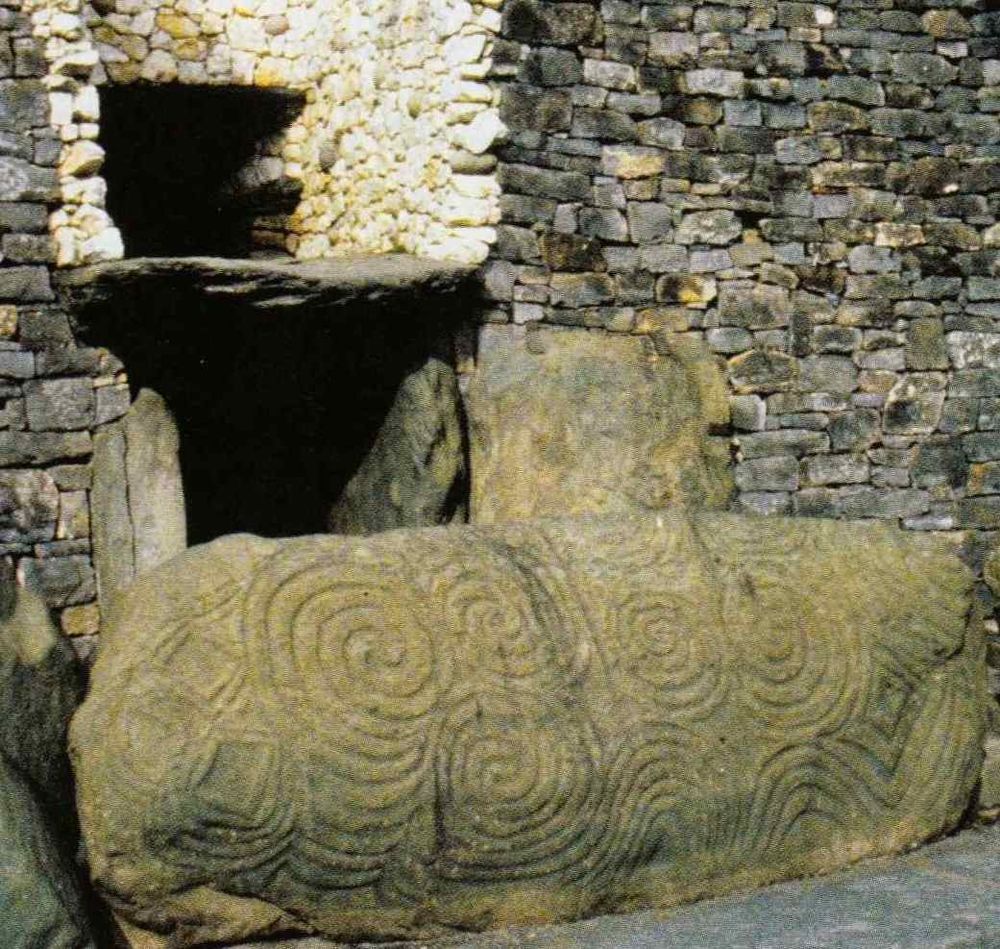 Instrumentation: Concert guitar and organ (at least 2-manuals with pedal).
An amplified guitar, a dulcimer, a harp, a lute or a theorbe can also be used as solo instrument. A timeless archaic sound of plucked and fading strings is desired.

The organ player can also use a small clear triangle ad libitum (can possibly also be played by the registrant). The guitar player and the registrant can also make a rallentando gesture by hitting two large pebbles against each other during the last bar... a winking reminder of the "Stone Age"!

Introduction: THE STONES OF NEWGRANGE
Spiral music for guitar & organ

About the inspiration of the work:
Poetic ideas are the spiral patterns of the old megalithic cultures, as they can be found in old buildings which are more than 6000 years old all over the globe as in Newgrange/Ireland. On the one hand the nature of the "spiral" is tried to be described in circling musical patterns. On the other hand the aura of these mysterious formations shall be evoked by timeless sound impressions.
Since the Stone Age, the spiral has been the symbol of eternity, the symbol of the duration of the emerging of life (pregnancy) and the death, symbol of the infinity of beginning and end. In the later sense, the spiral has also always been seen as the key to immortality. It can be found in cave paintings and in astronomically and mathematically ingenious buildings, such as in New Grange (Ireland) on the Boyne River or (in an identical dome and gangway architecture) on the island on the island Gavrinis (Bretagne). However, it can also be found in the temples from the Stone Age on the island of Malta, in the caves of La Palma (Canary Islands), in North Africa (Sahara), hundreds of thousands exemplaries in the stone circles of South Africa, in the South American temples of the Mayas... to the altars of the "Great Mother" of the Stone Age matriarchy.
The complexity of the spiral patterns and labyrinths as well as their mathematical symbolism suggest that (according to researches of the pre-astronautics) extraterrestrial intelligence and technology were involved. Many of the meticulously processed stone blocks are extremely heavy and cannot be moved or installed even today with modern machine technology. The most gigantic megaliths (stone blocks) of 1500 tons have been found in Baalbek (Lebanon) until building blocks of 3000 tons were found in the Russian Siberia in Kemerowo in 2014.
Regardless these mysteries of architectural technology and the unimaginable age (before the biblical period), the "spiral" is a being that has also been recognized by the most modern science as the fundamental element of being: from the spiral galaxies to the spiral vortexes of the quantum physics or the life code of the spiral double helix of the DNA. Analogue to the left or right spin of the atom physics there are spiral forms that turn counterclockwise and clockwise. "The spiral symbolizes, in its double meaning, the original form of all life by reflecting its polar course from extraversion to introversion. Starting from the human embryo or the young fern leaf to the cosmic spiral nebula, the spiral shows life in its dynamic development to its peak and its "rolling back in" towards aging and death. (Ingrid Riedel, Psychoanalyst).

Dedication: Warmly dedicated to Stefan Barcsay, the fourth work I dedicate to him.