Have you already slipped on red blood? Film by Dagmar Damek 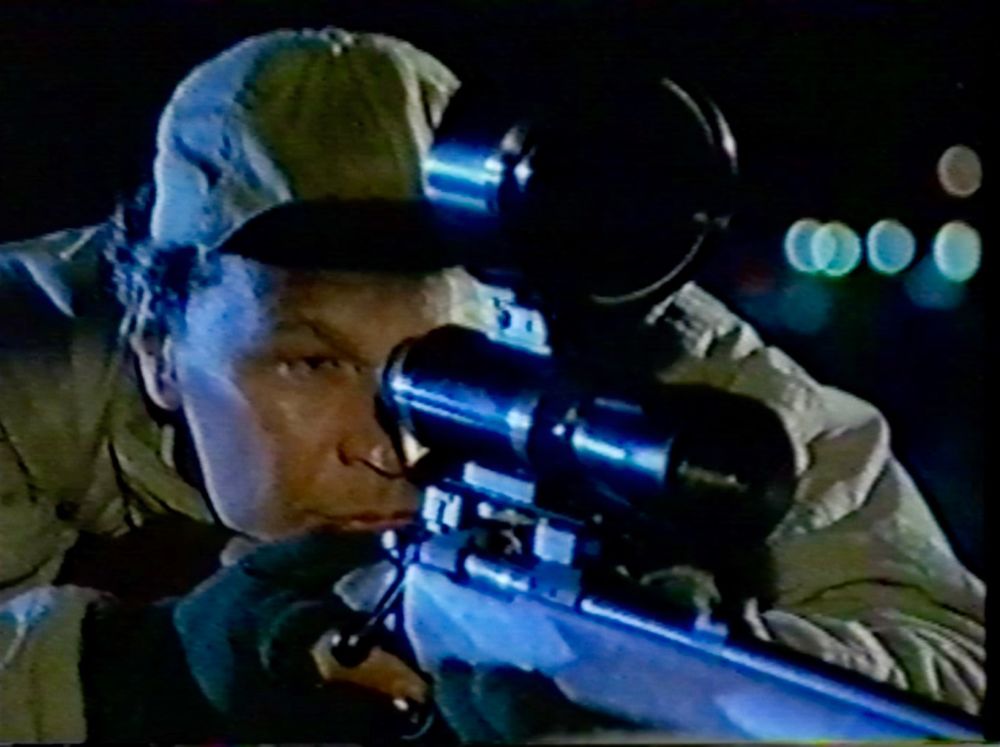 Sniper (Michael König) is supposed to kill a terrorist (Christoph Waltz) who has taken a stewardess hostage. Through the rifle scope he falls in love with the hostage, which then turns into a real love affair afterwards, too. Here a deep psychological dynamic becomes apparent, which becomes a disaster: Sex apparently only works when it's linked to the memory of killing and fantasies of omnipotence... Love becomes a mere facade for a destructive subconscious.Exciting film adaptation of the novel by

Additional remarks: after the novella by Joyce Carol Oates