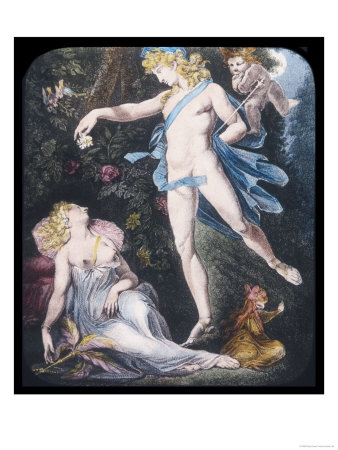 For the world premiere of Botho Strauss DER PARK at the Freiburg City Theatre on 5.10. 1984, director Dieter Bitterli had a remarkable concept of stage music: Oberon and Titania were supposed to show their "divinity" in contrast to the stuffy and listless people by belonging to the musical realm and - above all - singing Titania: that's why the moon goddess "Titania" was cast with the excellent and highly expressive singer Hedwig Fassbender. and the dramaturgical idea of an "opera in drama" was born... this lasted in the 5-hour drama until the two gods lost their aura and became bourgeois (only concerned with everyday life and business) themselves. The music between speaking and singing was inspired in a long tradition of music theatre by the music of the Viennese School (for example Schönberg's "Pierrot Lunaire").