The Miracle of Leipzig - Orchestra suite 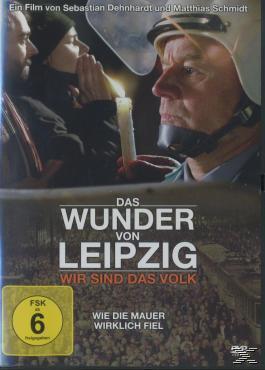 Introduction: The Miracle of Leipzig We are the people
Leipzig in Autumn 1989: Tounsands of German-Democratic-Republic (DDR) citizens go out onto the street. The demonstrate for more freedom, for citizens rights, for democracy! They demonstrate against a state that oppresses, spies on and monitors its citizens. This autumn on the streets of Leipzig history is written. It is the history of violent officials and of people who overcome their fear. It is a history of the nameless who change the world with their courage and who begin the end of the German-Democratic-Republic (DDR) and the entire East Block. It is the history of the Miracle of Leipzig.

In autumn 2009 the Leipzig revolution has its 20th anniversary. What started as a prayer of peace in the Nikolai Church in Leipzig developed in a matter of weeks to a powerful demonstration for more freedom, for reform and free voting in the German-Democratic-Republic (DDR). It was a revolution that almost ended in catastrophe.