THE MIRACLE OF BERN 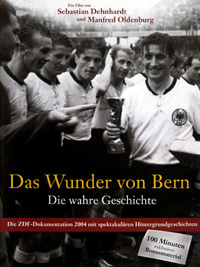 Introduction: The film won the German Television Prize in October 2004 for best documentary. The music was composed together with Marco Helenstein.
DVD released by EUROVIDEO 233001