THE MAGIC WORLD OF CAVES - In the forests of West Carpathians 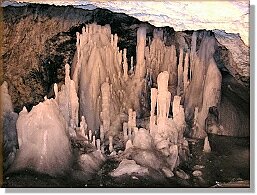