a Fairy film by Sibylle Tafel 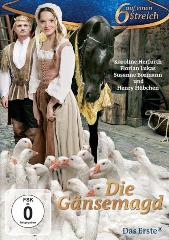 A film adaptation of the fairy tale by the Brothers Grimm with a top-class cast - for example with Karoline Herfurth in the title role - and very authentically illustrated at historical locations of the romantic era. An absolutely successful fairy tale film, which is still broadcast frequently and streamed from media libraries and the Internet with striking frequency.

Performers in movie: With Caroline as the Goosemaid
The Munich Film Orchestra
Female choir of the Munich Cathedral Music
Sandro Friedrich on the Ethnic Flute
Conductor: Enjott Schneider