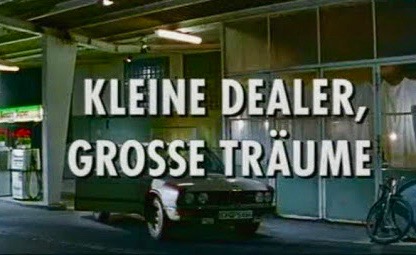 An unusual "arthouse" film by Urs Odermatt as part of the series "Polizeiruf 110", there film 182. The star cast with Angelica Domröse, Jürgen Vogel, Dominic Raacke and the then still very young Nadja Uhl left nothing to be desired. The film was not well received by the quota-obsessed editors, but it was well received by the film critics. - For the fragile moods of heroin addiction, the music focuses on Chopin's waltz in C sharp minor op. 54,2, which is heard once purely with piano (Enjott Schneider) and then in variations with violin (Winfried Grabe) and cello (Thomas Ruge, solo cellist of the Munich Philharmonic Orchestra)... The dazzling music of Chopin and the addictive trembling of heroin-addicted Nadja Uhl resulted in a wonderful symbiosis.