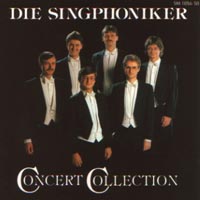 The KONTAKTANZEIGEN or VARIATIONS ABOUT LOVE was the first work composed for the vocal ensemble SINGPHONIKER in 1985, which established a firm friendship lasting over 25 years. The contact advertisements were performed countless times (also in English for the USA) and in 2010 they were recorded a second time for Öhms Classics on the CD CHATROOM. - A cheeky piece of music that is not afraid of the banal trash aesthetic (or even "punk-aesthetics") as the most creative melting pot of modern art.

Introduction: Up to today's "postmodern art", the actual creative act is the linking of pre-existent materials and their interpretation in a new context. Authenticity arises from everydayness, banality, bulky refuse and allows - in a niche, so to speak - real poetry to emerge. It is like film: photographic authenticity and the documentary view of forgotten things are often more shocking than the elaborately staged and artificial.
Exactly this aesthetic - especially the text modules taken from news papers - are committed to this CD. The KONTAKTANZEIGEN composed in 1984 take up functional banalities: the poetry of "m. sucht w. für Liebe" or "Arzt sucht symp. Sie mit gr. Busen" is further intensified by the obsession with abbreviations motivated by the cheap urge as a sign of everyday use.