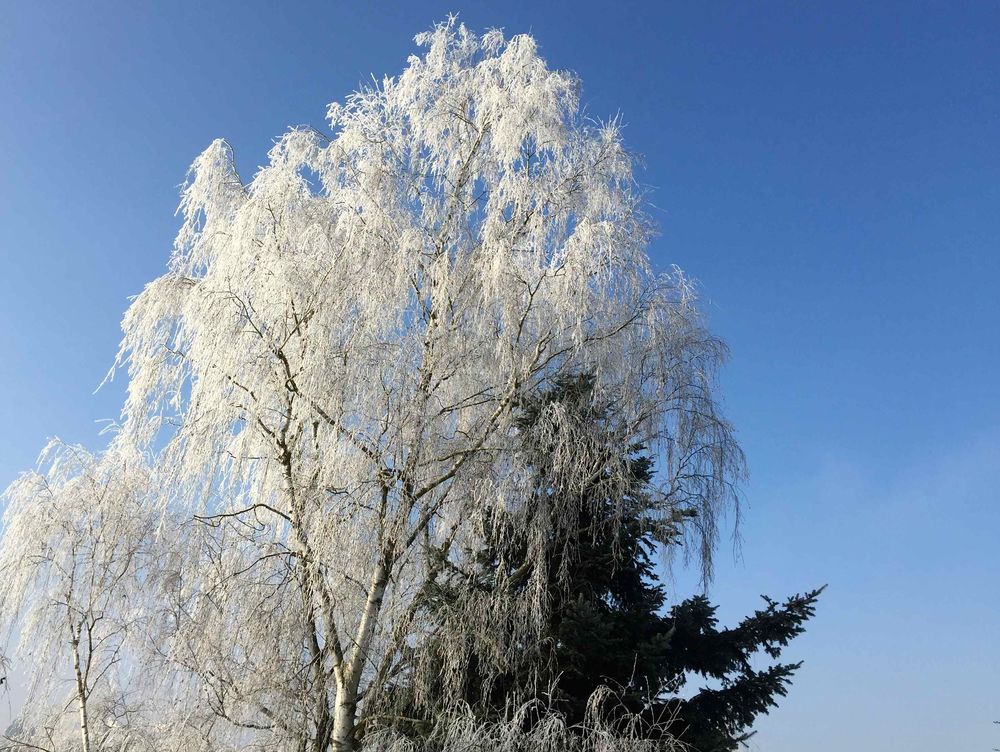 Introduction: Trees with their lifetimes up to many thousand years live in a different temporality than humans. They were often worshiped as gods or were the residence of gods. The respect of trees and forests were important for every culture. Every human being feels the mysterious mysticism of "a forest":
Forest air relieves and is full of fragrances, lowers the blood pressure and offers many healing effects depending on the tree species. The original form of the tree is its mythical-religious connection between heaven (crown) and earth (roots). Thus, the tree is a mediator between the materialistic and spiritual world.
In his book "The Secret Life of Trees - What they feel and how they communicate - the discovery of a hidden world" Peter Wohlleben has held a grand plea for the worship of trees. This percussion concert is very dedicated to his book. It is a world of gigantic superlatives, which makes one small and modest. Maybe it motivates people, to devote themselves to this almost cosmic parallel world of trees with their individual characters (which were already transmitted by the Celts in a calendar tree circle). "At some point, every human being meets a tree..." Renato Strassmann (Book about tree medicine. Healing power, mythos and magic of the trees) writes: "The trees speak a language that can only be heard in an open encounter with them. Body, soul and spirit understand this language and are touched by it."
From the infinite abundance of what the world of trees offers us for reflection and meditation, the elm tree and the spruce were exposed in the two corner movements of the concert. The trias of roots, tree trunk and crown of leaves is exposed in the middle movement. Not only the solo drums perferably uses "wooden sounds" (from Marimbaphone, woodblocks, bullroarer, to self-constructed wood sounders). Also within the orchestra many parts are played "col legno" (with wood) and the whispering of the forest can be magically performed by fine small wooden sticks.

Information on the "elm tree" (ulmus):
The elm trees (Ulmaceae) are also called "Rüster, Rusten, Effe , elf wood or Riesche" (German). An elm tree of 43 meters height stands in the Berchtesgadener Land on the peninsula St. Bartolomäe/Königsee. About 12,000 years ago the elm trees survived the last ice age with their huge deciduous forests and then were pushed back by conifers (firs and spruces). The elm tree was the Hermes among the Greeks and the Mercury among the Romans (principle of mobility). The symbolism in ancient times, however, was death and sorrow. Elm trees were often planted in burial grounds.
The tough elm wood was a popular building material for wagon wheels, bell towers and ship building in the Middle Ages. In Scandinavia nutritious bread flour was made from the bark. Also the leaves are edible and from all the tree species the leaves of the elm trees satisfy the hunger the best. The elm tree is sort of a friend of the human being. Courage and vitality can be gathered under those tree giants, which are often up to 40 meters high 500 years old. The elm tree can be found in many town names like Ulm, Elm, Elmau, Ilmenau, Iffldorf, Iffigheim, Iffens (Danish: alm, English: elm, Polish: ilm, Russian: Ilma). Elm trees display confidence, are a source of power and give the feeling of security.
The human character of the elm-born (according to the Celtic tree calendar between January, 12th and 24th and between July 15th and 25th) displays the same confidence. They are strong personalities who can hardly subordinate. In the Bach flower therapy elm trees are a cure against the feeling of not being able to meet ones duties. Hildegard von Bingen honored the elm tree as gout medicine because of its many tanning agents with resin, rubber, bitter substance. In general, the elm tree has a loosening character. It also psychologically teaches us to regard something that seems unsolvable from the other side and to solve it.

Information on "root-trunk-crown of leaves"
The big secret of the tree lies invisibly under the earth. Not only the fact that the roots occupy more than twice the space of the crown, but they also form a symbiosis with fungus networks, such as a "wood-wide-web" to provide information in the tree language. Everything is networked like glass fiber cables, also between the trees). A small teaspoon of forest soil contains several kilometers of these hyphae. And it also clicks acoustically: especially in the range of 220 Hertz the cracking sound of the roots can be heard... an inspiring percussive idea.
And the miracle "tree trunk", where water rises up to 60 meters high against the gravity: A medium size beech tree has 500 liter of water running upwards per day. If this doesn't happen, the tree becomes thirsty and screams and sounds can be heard in the ultrasound area. At night, you can also hear the soft rustle when the trees are inflating water. A surreal acoustic world. And the summit is the crown of leaves with its miracle called photosynthesis. Without this there would be no life for all creatures that breathe.

Information on the "spruce" (picea):
Spruce and fir are conifers which are easily confused. They are botanically differentiable, however, they are treated identically in myths and medicine.
Honey, beer and tea were made from the pine brew of the conifers. Walking through coniferous forests lowers blood pressure and strengthens nerves. The essential oils, the resin and the tanning agents are particularly active: the turpentine which has been obtained from spruces since Hippocrates is in medicine just as important as the use for rheumatism and cold by Hildegard von Bingen. Herbal pillows filled with needles of spruce or fir support sleep and strengthen nerves. Before incense and myrrh came to the West, fir and spruce needles were used as incense against stressing moods.
In the Celtic tree horoscope the spruce is not separately disclosed, but the tree-born can be found subsumed under the fir (between January 2nd and 11th and July 5th and 14th). The "tree of lights", the fir in many songs was mostly a spruce, also called spruce-fir. The Christmas tree goes back to the pre-Christian worship of the winter solstice. The twelve "Raunächte" from December 25 to January 6 have been the roots of this pagan tradition. In order to keep away the evil spirits, people decorated their houses and courts with evergreen plants.
So sad a spruce monoculture as a timber plant , so spectacular are the wild solitary spruce trees. Around the Berchtesgaden Nature Park a spruce tree in the Röth is with its 47.6 meters the highest tree of the region.
In a rocky crest, not far therefrom, the bizarre spruce magic forest is one of the 100 most beautiful habitats in Bavaria. The oldest tree in the world is not a mammoth tree, but a spruce tree located in the Swedish National Park Fulufjället. It is 9552 years old and is called Old Tjikko.
The psychological aspect of the spruce is relatively uniform: peaceful tranquility is developed under the dense branches, an invitation to reflection. The evergreen is a symbol of eternal life, which also became the symbol of the funeral wreath (with its circular shape and the evergreen). Spruces and firs were accurately called as "guardian of the mystery life" and has always been associated with the miracle of birth, and also with the pain for mother and child.
The spruce is versatile. Even the Greeks used it as a ship's mast, as a durable wood for roof shingles and as a storage for chemicals. Firs and spruces have the straightest and longest trunk of all trees. In the construction of musical instruments spruce wood is often used as an resonance floor and the sound power is appreciated.

Performers at world premiere: June 23, 2017 Philharmonic Orchestra Bad Reichenhall, soloist: David Panzl, conducted by Enjott Schneider
The "nature program" also includes the Freischütz Overture by Carl Maria von Weber as well as the Symphony No. VI. "Pastorale" by Ludwig van Beethoven. In addition to the concert, there is a painting exhibition on the theme "tree", for which paintings were created under the direction of Ingrid Floss in the Arts Academy Bad Reichenhall.