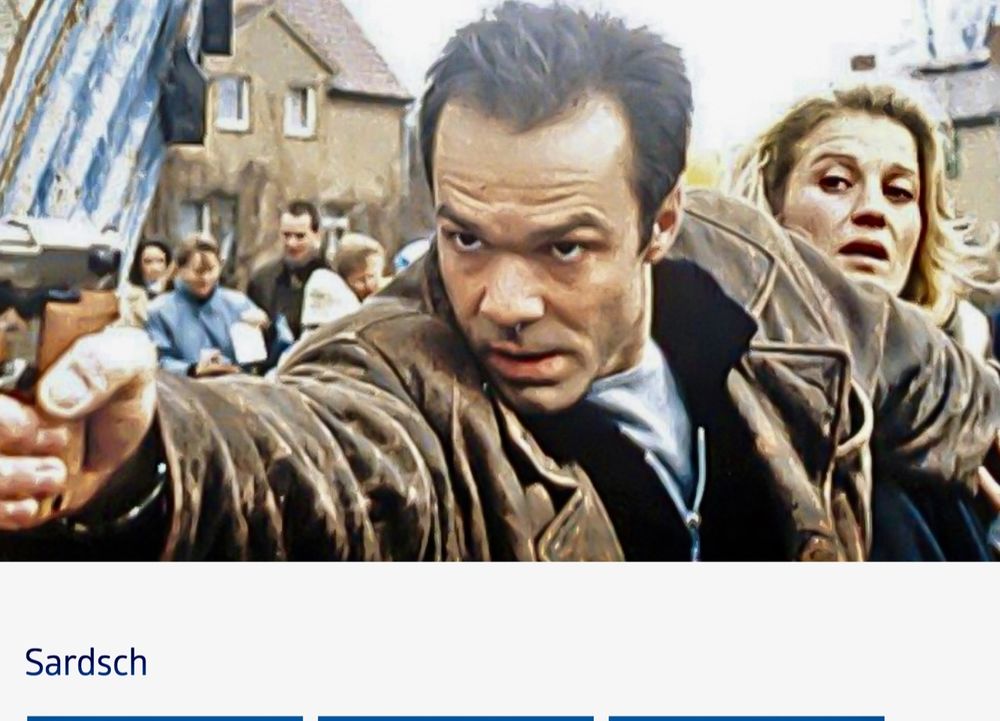 From 1997 to 1999, five action-packed thriller films SARDSCH with Hannes Jaenicke in the title role were produced by Saxonia Media for SAT12. The director was Axel de Roche. The centrepiece was a three-part film consisting of three 90-minute films, shot in Dresden and the surrounding area. The three-part film was awarded the Adolf Grimme Prize several times. "Sardsch" is the nickname for public prosecutor Kopper (Hannes Jaenicke), who faces an extremely aggressive mafia structure led by his godfather Baranowski (Rolf Hoppe), who is disguised as a lover of classical music and is almost powerless. Baranowski is the boss of the East German red-light milieu, which does not shy away from any aggressive method
In the fourth part THE HONEYFALL - LOVED IN DANGER, Sardzh is transferred to the capital Berlin to fight against organized crime. During this he gets into the clutches of the beautiful Lulu, who plays a double game with him.
In the fifth part, DIE KILLER VOM KINDERSTRICH, another story of its own is told: the celebrity jeweller Nussbaum dies a mysterious death...which has to be solved in a complex way, with journeys to the diamond centre of Ghent and the milieu of the boy's stroke...

Additional remarks: Three part thriller film (270, each 90 mins), 'Death on the Elbe' (with Hannes Jännicke among others), 'Whoever plays with the Devil', 'Home country', later as individual films 'Sold Innocence' and 'The Honey Trap'