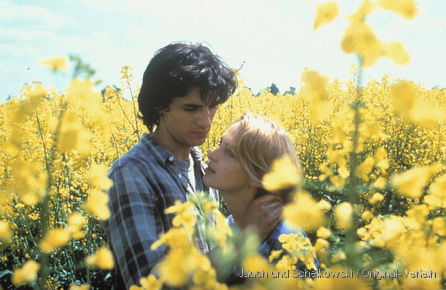 LEISE SCHATTEN was the feature film debut of the inzwschen renowned filmmaker Sherry Horman and tells the complex relationship of the headstrong and sensitive Linda (Ann Gisel Glass) to her boyfriend and then husband portrayed by Stefano Dionisi)...up to the tragic death of Linda. A film as beautiful as it is sad...about the balancing act of every love. - The music tried to take up this sensibility and to deepen it with piano (especially for Linda, played by Enjott Schneider) and string orchestra incl. solo cello (played by Thomas Ruge/Munich Philharmonic). The film music received the Bundesfilmband in Gold (today "Lola") for BEST FILM MUSIC in Berlin in 1991.