for Choir and Organ 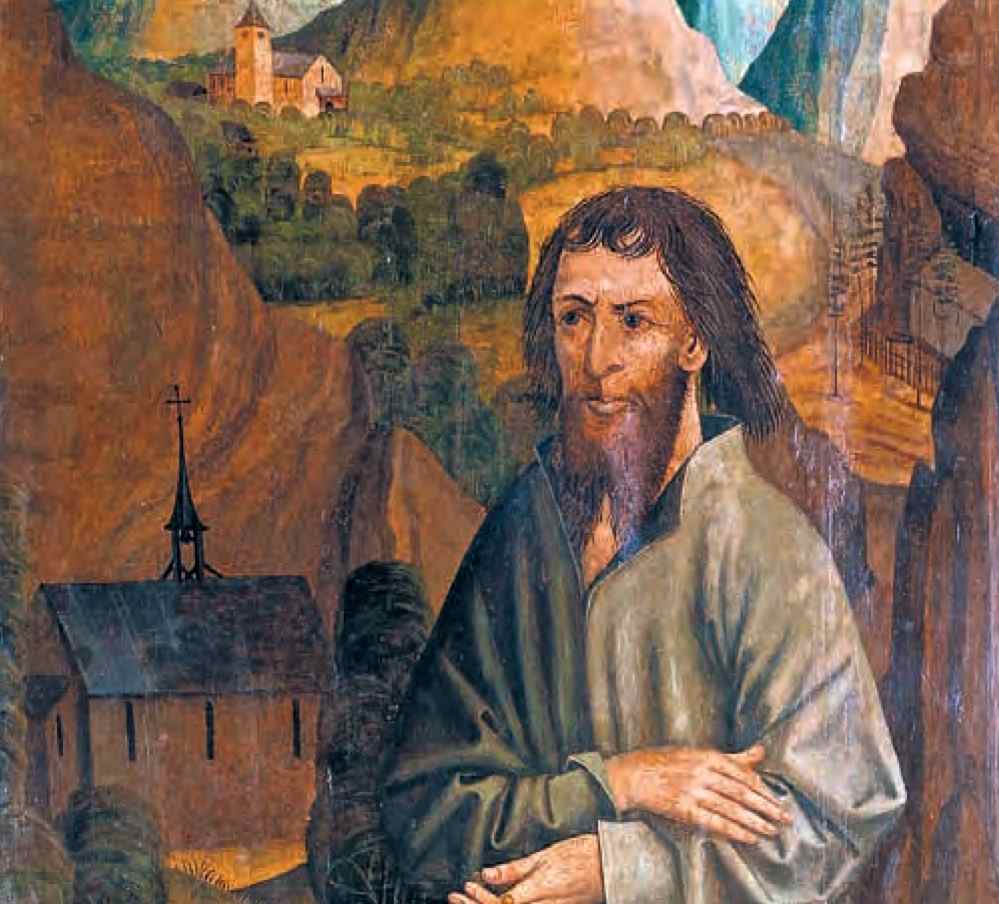 The PRAYER of Niklaus von Flüe (1717-1487), swiss mystic and national saint, who is mentioned in unison with Martin Luther King or Mahatma Ghandi. A man of modesty and silence. With his unwavering vision of God as an archetyp beyond all divisions, religious wars and differences Niklaus also impressed psychoanalysts like C.G. Jung....

Since the voices are written mostly colla Parte with the organ some different settings are possible. Some ideas for performances:

1) Full version S A T B, and some "sopranos in distance" to support the sustain note d1 of the organ (also possible with rubbing on glasses d1). Ad libitum Triangle (and also little cymbals or prayer bowls)

Introduction: The swiss mystic, pastoral worker and national saint Niklaus von Flüe (1417-1487, Obwalden in Switzerland) is a man of modesty and silence. In the middle of a respected life as farmer and political office holders he stopped in 1465 in the context of a very personal crisis of meaning...and set out on a pilgrimage. This found a surprising end in Liestal (near Basel) when he suddenly hat visions and Appearences. He adopted the teachings of mysticism oft he Dominican friars with the foreground of a contemplation oft he suffering of Jesus and oft he Holy Trinity. The picture of a wheel was his symbol for god with six perspectives. He live das a hermit not far from his former farm court and was already highly revered during his lifetime. His credibly proven abstinence from eating and drinking (he only needed simple water) was considered a miracle.
Both the Reformers and the Catholics appreciated the integrative power of Niklaus von Flüe. The swiss psychoanaylst C.G. Jung recognized in him a prototopic of a philosopher who did not recognize divisions and confessional differences: God is seen as aprimordial experience, as archetype. His name is valued worldwide and mentioned in connection with Martin Luther King or Mahatma Ghandi. The prayer set to music here „Brother Klaus-Prayer“ has found entrance into the world catechism. There it is place directly with the most famous prayer „Nada e turbe“ of Teresa of Avila. 1947 he has been canonized.