PSYCHOGRAMM - in memoriam of Max Reger for organ 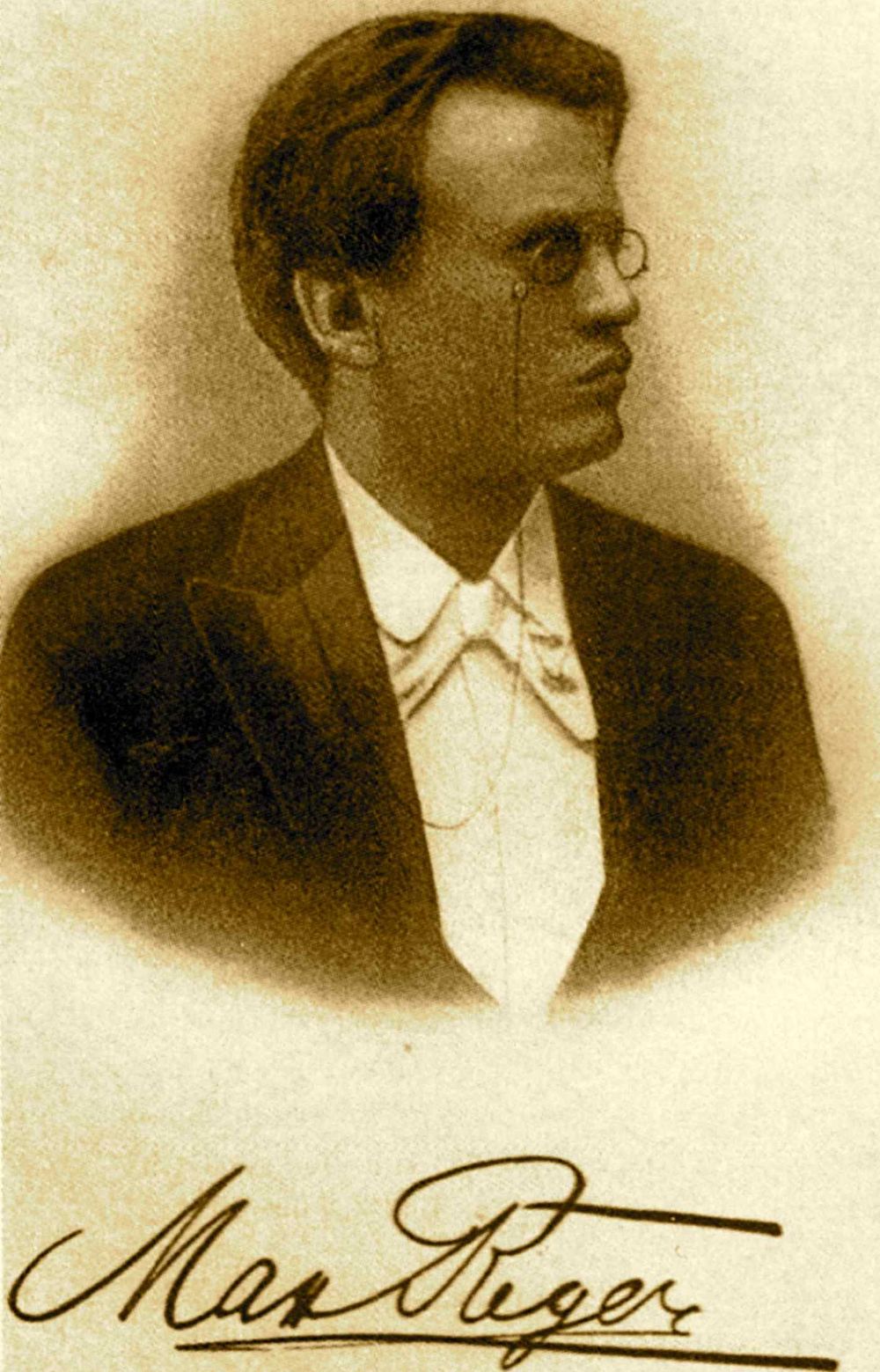 Introduction: Even at his 100th death anniversary Max Reger (1873-1916) is still misunderstood and out of each time. The fullness, lengths, density and opulence of his works are overwhelming. At his time composing was a stupendous and forced ritual telling about contrasts, unrest, crises and the ambition driven by perfectionism. Health crises, self-destruction by alcohol and nicotine as well as the restlessness of an (on the surface always engaging) workaholic indicate deep internal ruptures: the life was always a fight for Max Reger. He always seemed to have to prove himself: first because of his social origin from the underclass, then because of his love to the (then unfashionable) J.S. Bach and counterpoint, then because of alleged eclecticism. The person and his works are marked by opposites, which gave Max Reger the attribute of "being caught between the chairs": the simultaneity of tradition and pioneering modernity, of blazing fullness of life and depression, of heavenly islands of sound and (according to his own words) hell of counterpoint was as radial as his dynamic based between pppp and ffff.
The Organ Symphony No. 15 refrains from adapting the non-gradable and non-adjustable Reger stylistic. To the contrary. Motives, quotes and fragments like individually sparkling gemstones are taken out of the context with a glowing reductionism and revealed in a new light: Reger is seen from a distance, in order to approach the mystery of this genius man.

About the movements:
1: repetitive structures and tart inconsistencies show obsession and contrast. Quotation from the "Inferno-Phantasie" (inferno Fantasy) op. 57, of "Phantasie BACH" (Fantasy BACH) op. 46
2: Loneliness tells of silence, abandonment and self-doubts. Quotation from the "Variationen und Fuge" (variations and fugue) fis-moll op. 73. As a portrait of the more unknown Reger, motives from his adaptation of Eichendorff's "Der Einsiedler" (The Hermit) op. 144a for baritone, choir and orchestra, which he composed in the final year of his life and which was a personal music of commitment to him, are played. The conclusion is "Herzliebster Jesu" (Hearty Jesus) from the organ work "Passion" op. 145/4, which he composed 100 years ago, in the year of his death: "Loneliness" also always meant the loneliness of Jesus on the Cross for the deeply religious Max Reger.
3: Fragments of escape combine very contradictory quotations from organ works, which then are disassembled and resolved into repetitive patterns: a life in the mode of escape! The fixation on J.S. Bach as his 'alter ego' was certainly the cause of this restlessness: Bach's extensive and qualitative works constituted a standard for Reger, which he tried to reach all through his life. With quotations from "Wachet auf, ruft uns die Stimme" (Wake up, the voice calls) op. 52/2, "Phantasie BACH" (Fantasy BACH) op. 46, "Phantasie Alle Menschen müssen sterben" (Fantasy, All men must die) op. 52/1,
4: "Soul, don't forget the dead!" is the summary row of the "Requiem" for voice, choir and orchestra, which was not even recognized by his friend Karl Straube because of its novel modernity. It is about the death. The death was heartbreaking as Straube reports from Max Reger"s face, when he died in the night from May 10th to 11th 1916: „I'll never forget the expression on his face. It's the most monumental expression, I have ever seen on a human face. On his way to the unknown land he must have seen enormous phenomena. Maybe he held mysterious talks to his God himself..."