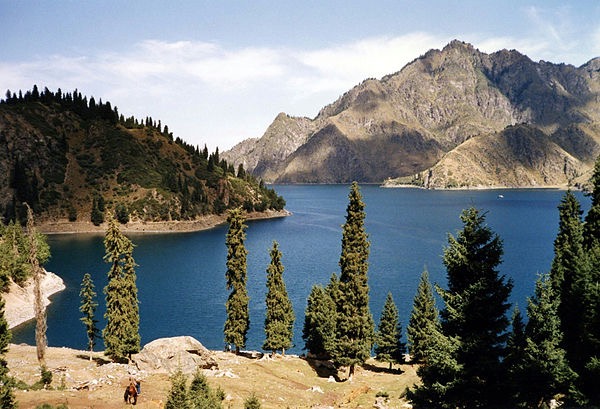 My cooperation with the biologist and wolf researcher Dr. Erik Zimen (1941-2003), with whom I made the ARD series "Wildwege" (Bavaria-Film), was touching and intense. He was the coryophee on the subject of "wolves" and was often compared with the chimpanzee mother Jane Goddal and the greylag goose father Konrad Lorenz (with whom Zimen also studied). - After his documentary about KASACHSTAN (I also was allowed to write the music) he shows us round the Tian-Shan Mountains a part of nature and world with a majestic solitude. - Produced by Jürgen Lehmann Bavaria Film for ARD.

Additional remarks: about the eagle hunters and herders in Kazakhstan