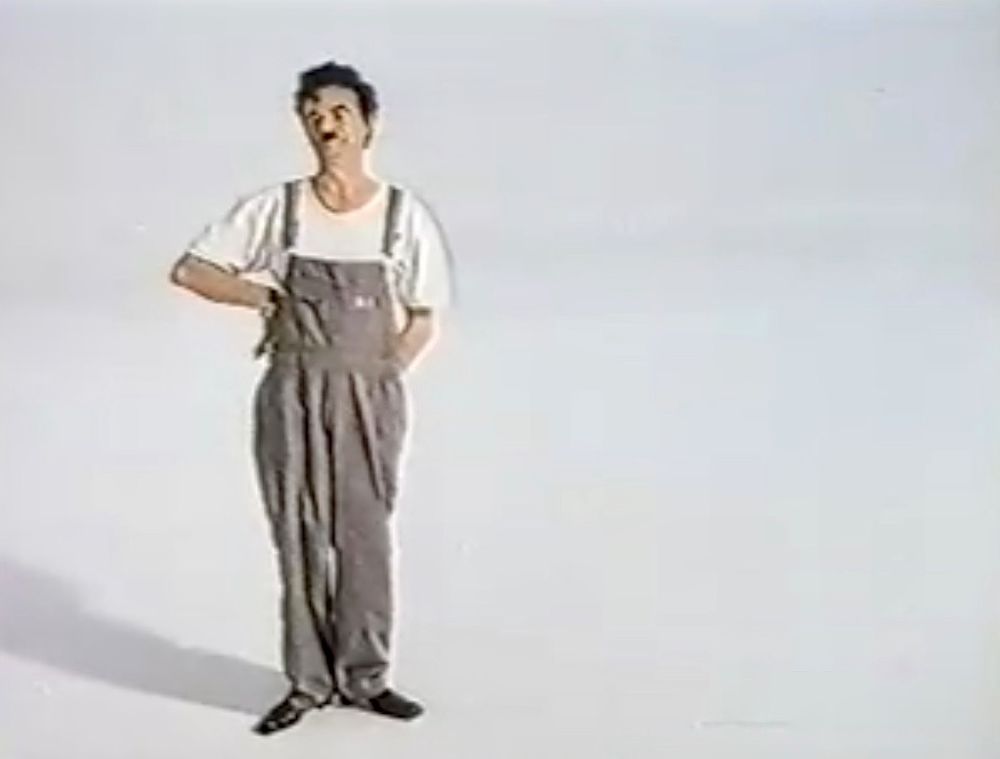 A very ambitious image film: instead of product advertising, there was a Charles Chaplin impersonator who very artistically re-enacted a sequence from "Modern Times" (assembly line sequence) as a mere pantomime ...all to the soundtrack, which was composed and produced ahead as playback. Idea and direction: Victor Stauder