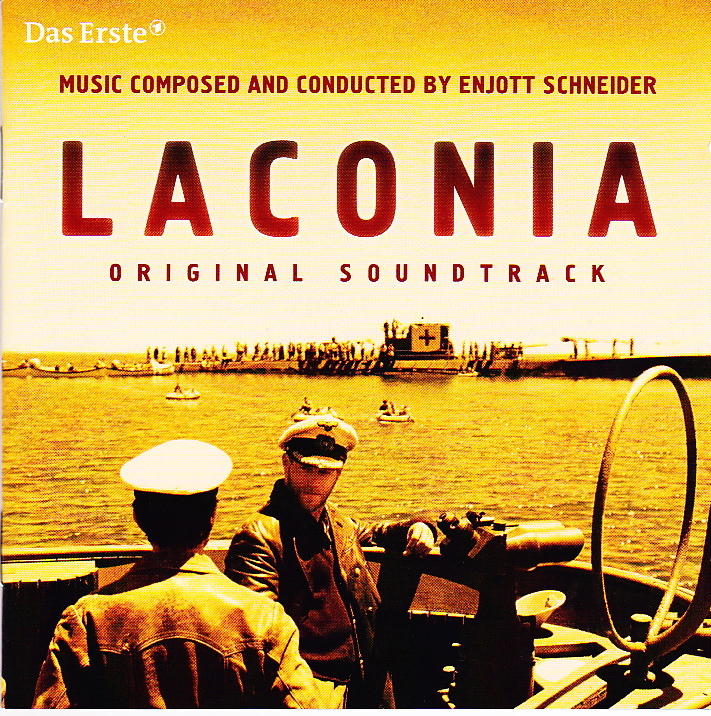 LACONIA is one of my best and my favourite film scores: the feature film produced by Teamworx leaves nothing to be desired with excellent actors and exciting shots on the sea and in submarines and passenger liners. The story of the ship that was hit by torpedo and then sank is unique and cost more lives than the sinking of the Titanic. And the music for it, with a combination of a large symphony orchestra and electronics such as sampling sounds, has also come to the high class through the inspiration given by the film. The booklet (reproduced below as illustrations) tells of all the details. Click to enlarge.
THE MUSIC GOT A NOMINATION FOR THE DEUTSCHER FERNSEHPREIS 2012

Movements: Film music for the Event TV two-parter LACONIA, a Teamworx and Talkback Thames production for ARD/Degeto and BBC England