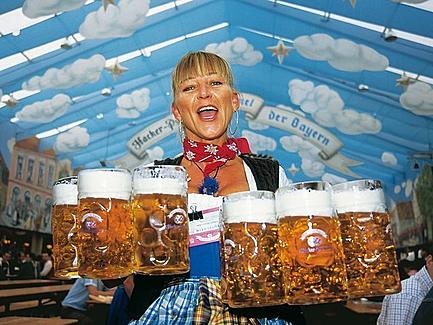 It was "punk aesthetic", flashy, weird, loud and exaggerated: Raimund Reichenberger, the caretaker of the Musikhochschule Munich, who was a factotum of concert life in Munich and an urban Bavarian background figure, wrote an absurd text à la Karl Valentin... about the "Wiesn", the Munich Oktoberfest. Enjott Schneider set it to music and produced it: the singing caretaker, who sang rather wrong than right...and with this bizarre and weird humour you never knew whether to laugh or cry! - Director Joseph Vilsmaier was the "patron" of the press event... and so the Wiesn hit became known completely unexpectedly. It was a great fun, as they say in Bavaria.

Instrumentation: a.) Voice and wind orchestra
b.) 5 male voices and piano

Additional remarks: Spontaneous 'Punk-waltz' as satire of the Oktoberfest music... the songs were taken very seriously!

Press reviews for world premiere: Abendzeitung AZ (16./17.09.1989):
'The new hit with Huaba and Schmitt'
What comes out, if a real music professor with a janitor undertakes a smaller bar hop, visitors can hear this this year in all beer tents... A real nonsense text which the janitor's factotum Raimund Reichenberger has written.