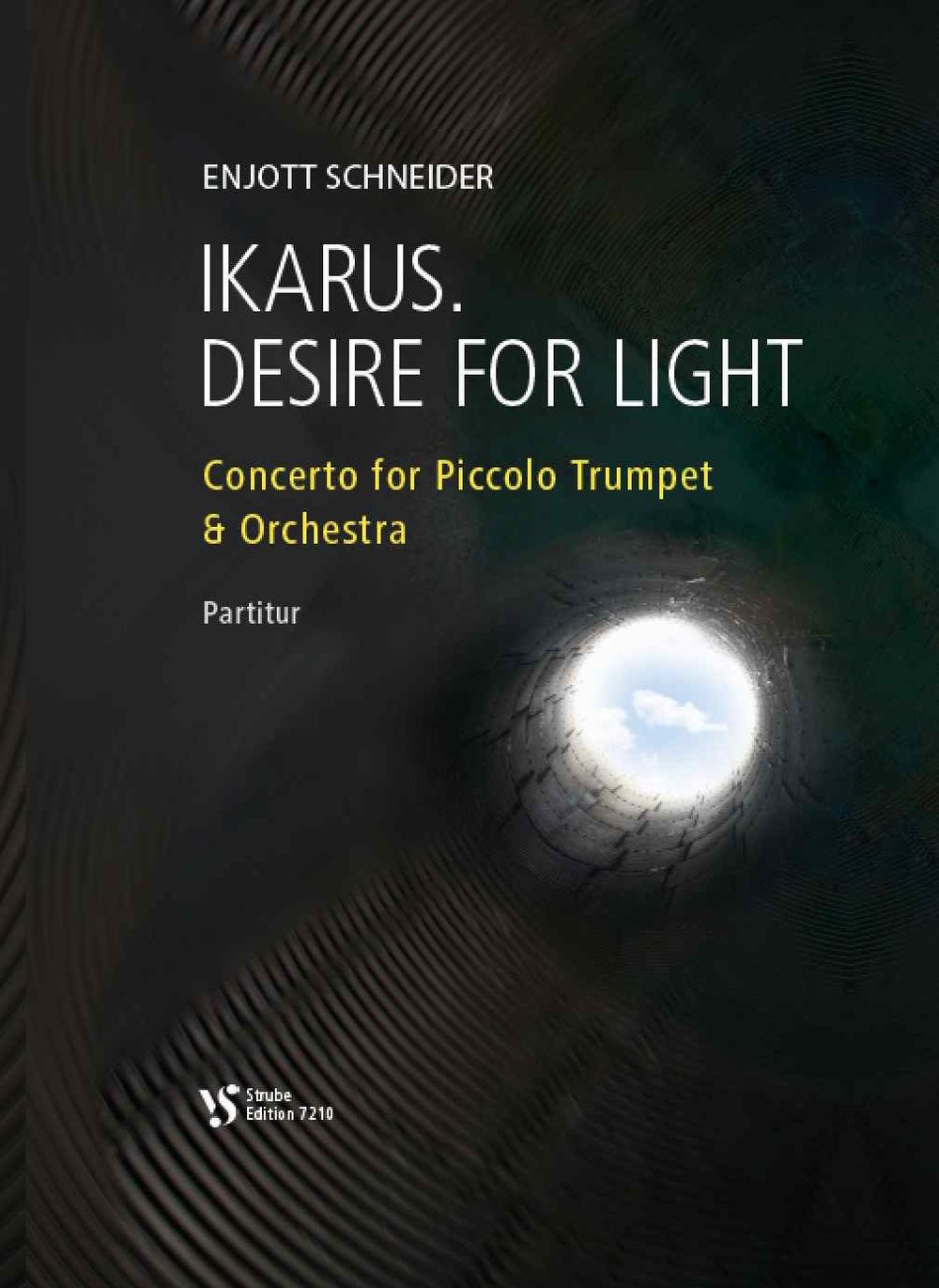 Introduction: The composition deals with the path into the light that is often described by people with a near-death experience: the fear when wrestling with death and the endless darkness make room for a transition phase to a bright kingdom of peace and light. There is a garden of bliss, dematerialized lightness and completeness, with surprising encounters and for many this is an experience of endless freedom. The inevitable path back to life in case of a resuscitation therefore becomes an awful trauma when the pain and the limitations of the human body dominate again. The lightness is forced to make room for bitter heaviness.
All that remains is a longing for the light. The mythological creature Icarus has become a symbol fot that longing. The mortal human is not entitled to the endless light though and needs to pay for it with the actual death: Icarus wanted to fly to the sun and to his freedom using wings that were made by his father Daedalus. Icarus ended up crashing down and paying for his longing for the light with his own death.

Raymond A. Moody:Life After Life: The Investigation of a Phenomenon--Survival of Bodily Death (1977)

Raymond A Moody: Glimpses of Eternity: An Investigation Into Shared Death Experiences (2011)

Pim van Lommel: Consciousness Beyond Life: The Science of the Near-Death Experience (2011)

Eben Alexander: Proof of Heaven: A Neurosurgeon's Journey into the Afterlife (2012)

Additional remarks: This composition is a commissioned work for the World & European Brass Association

Performers at world premiere: First performance:
20th march 2016 with Otto Sauter (trumpet) in the Amazon Opera House in Manaus/Brazil at the Amazona Brass Weeks: Director Alain Trudel with Manaus Philharmonic Orchestra
(in cooperation with Universidade Federal do Amazonas-UFAM, Orquestra de Camera do Aamazonas-OCA). As part of a ring performance, followed by concerts in Teheran, Istanbul, Kiew, Philadelphia and Gdanks