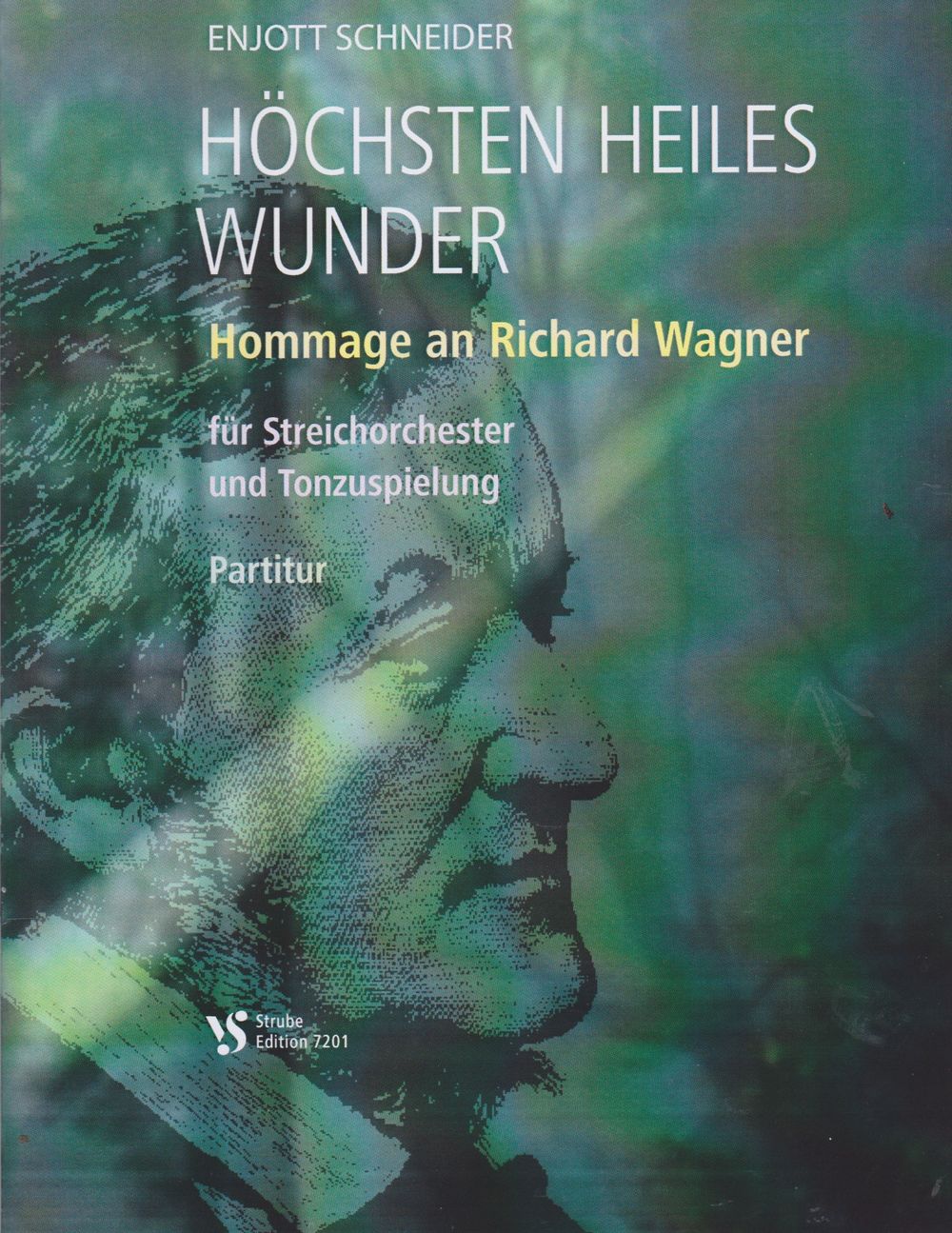 Publisher of notes/sheet music: Notes and sound playbacks by Strubeverlag Munich in prep. , VS 7201 , 2014

Instrumentation: String orchestra and sound transmission. About the performance:
A simple CD player or audio file player that is connected to a sound system (two speakers with at least 100 watt each, stereo, far away from one another, behind the orchestra) will suffice. A „player“ starts the player / device in accordance with the score where beginning and ending of the 11 cues is marked.

Introduction: The composition consists of three distinct parts: Holy „grail sounds“ and added low bell sounds that are used in the Christian church evoke a transcendent sphere in the opening part that leads to a Wagner-like paraphrase with melodious cantilena: two motifs from the „Parsifal“ are a quotation that is true to the notes (the „Gralstrauermotiv“ (grail grief motif) and the „Tor-Motiv“ (gate motif)). Other than that, the composition is changed by the idiomology created by Wagner. Just like in a musical labyrinth, the listener believes to know where the path will lead them until that path becomes unrecognisable again. The finale consists of 'grail sounds' again, now with the addition of buddhist bell sounds and a ritual-like atmosphere, - a sound reference that reminds of the many buddhist elements Wagner used in his „Parsifal“ in a religious-philosophical manner.