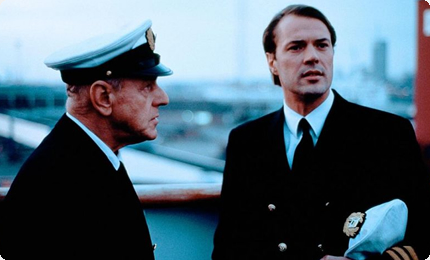 A feature film (106 minutes) by the renowned GDR director Heiner Carow of Parabel-Film Cologne produced for SAT1. It referred to the "Estonia" disaster that had happened two years earlier on 28.9.1994, but largely omits action and disaster images in order to vividly portray the psychodrama behind the story. The whole thing is linked to a love affair between the deputy captain Clas (Sebastian Koch), who had fallen out with his boss Eriksen (Herb Andress) on the bridge - because of the decisive storm weather warning - and his daughter Mareike...