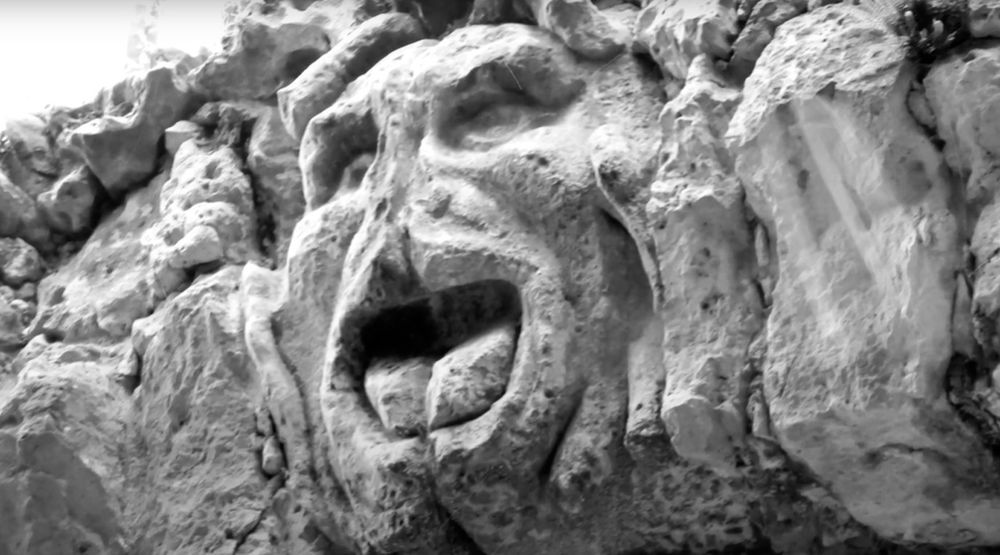 A pantomime wanders through magical and strange landscapes with stone sculptures (the Franconian park near Bayreuth), which in their threatening nature are an expression of his state of mind. Pantomime/actor Andy Geer. Film music composed with Rainer Fabich and Ali Askin. Written/Editing/Direction/Camera: Michael Vogel - The filming took place in the rock garden "Sanspareil" in Franconian Switzerland near Kulmbach, a natural garden built in 1744 by Countess Wilhelmine von Bayreuth.