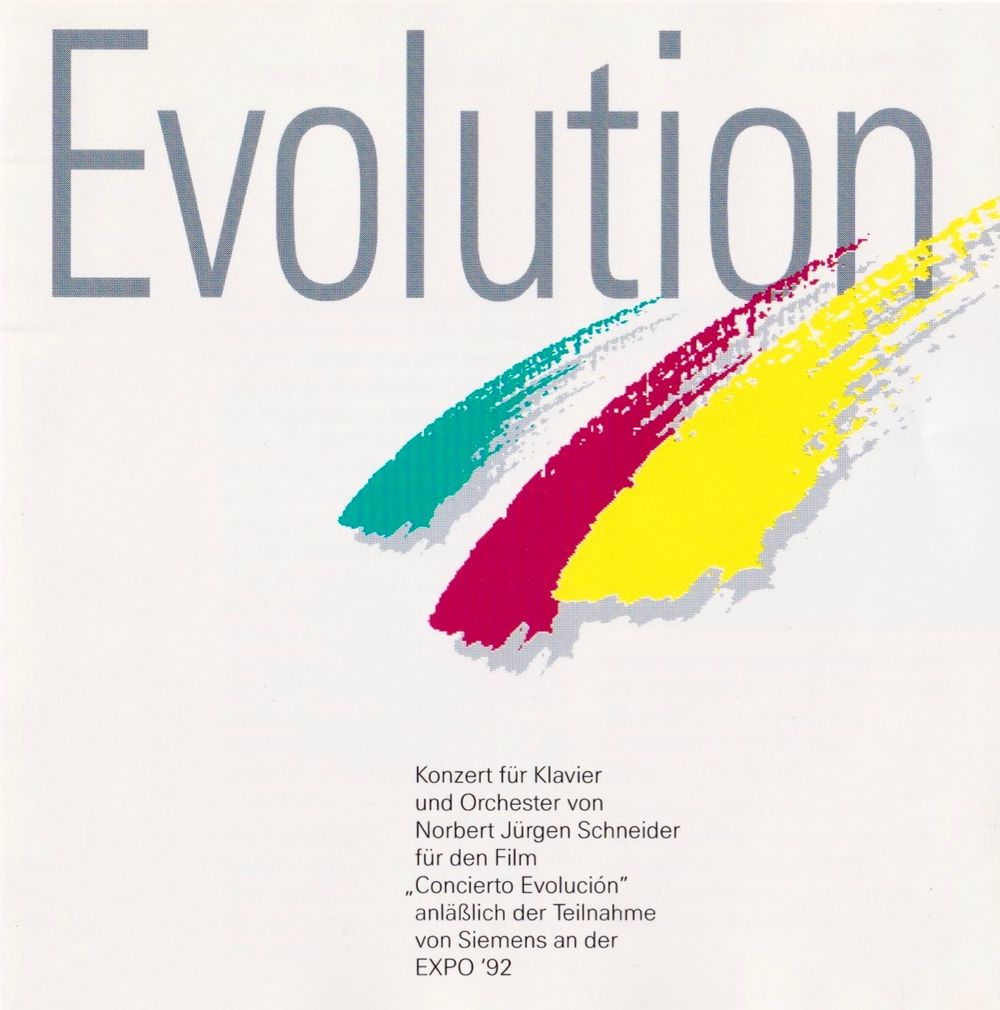 At the world exposition 1992 in Sevilla there was a central building the Pavillon of Siemens AG: A hughe movie was made around my piano concerto "EVOLUTION OF NETWORK" / "CONCIERTO EVOLUCION" recorded by Angela Gassenhuber (piano), Members of Munich Philharmonic Orchestra conducted by Enjott Schneider. Director of the movie was Richard A. Caesar. Producer Peter Zenk Productions Munich with HFF Wolfgang Laengsfeld. November 1992 this short movie got the award "Best short film" Fipa d'or in Biarritz/France.
The movie with piano concerto "Evolution" was shown in a full panorama cinema built by Siemens AG. And for the 5 minutes when visitors came into the cinema there was a ENTRANCE MUSIC with Violoncello (Thomas Ruge), French Horn (Davild Moltz) and electronics (Enjott Schneider). This ENTRANCE MUSIC had to calm down the people and give them a first impression of the melody ofv the main theme.