Film 3 from the ZDF-series WILDER KAISER 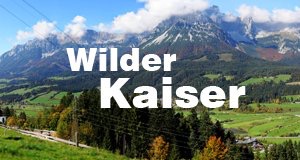