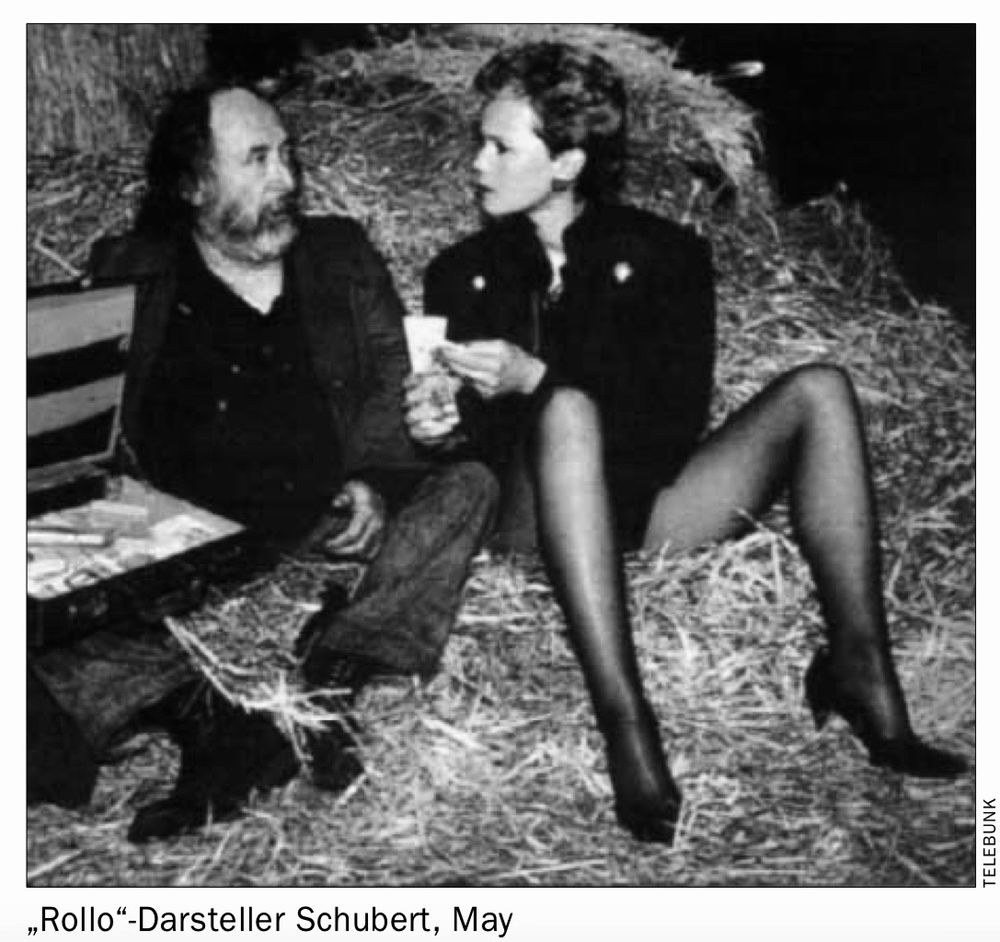 With Wolfgang Limmer, an idiosyncratic and always surprising director and screenwriter, I was fortunate enough to make three films: the cheeky "Rollo tidies up" in 1995 NDR, the ZDF melodrama "Im Atem der Berge" in 1998 and "Heimliche Küsse" RTL 2000. The strength was always the personal union of highly individualized script and direction, which is why the RTL film, based on a given script, also fell flat.
"Rollo tidies up" from the NDR series "Heimatgeschichten" tells a crazy and cheeky story about the bum Rollo (Heinz Schubert), who kidnaps a prostitute Biggi (Barbara May) in her pimp's Porsche... which also contains a suitcase with money in it: "and then the film tries to break all speed limits for German television films" (Der Spiegel, August 1995).