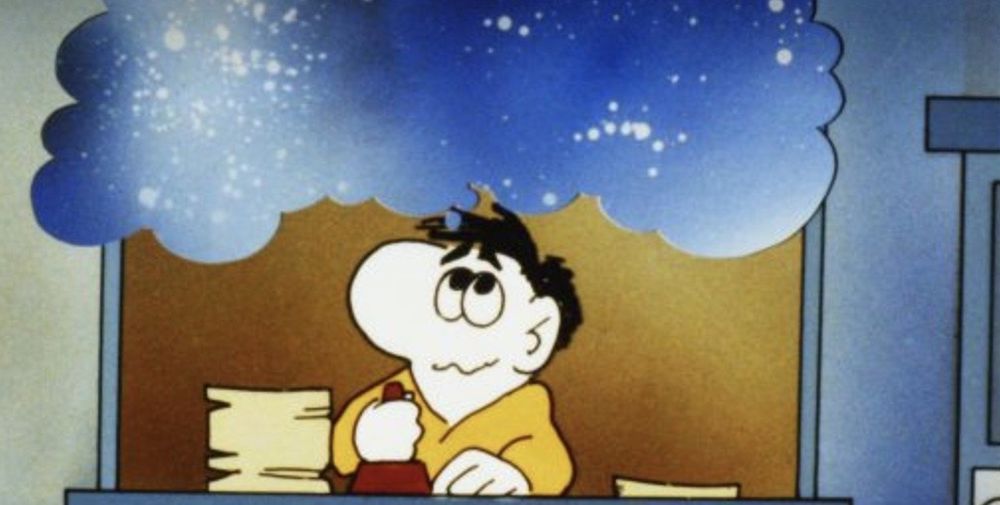 This entertaining animated film 13 minutes is about the office worker Albert, whose routine everyday life is characterized by a bad boss and routine. The only ray of hope is a neat secretary at the counter opposite, with whom he (unchallenged) falls in love. He has the wildest dreams of being Superman, Tarzan or a space pilot who saves his beloved again and again. The film was awarded the rating "Besonders wertvoll" and was shown in the cinema in 1987 as a supporting film for the animation blockbuster "In a land before our time".