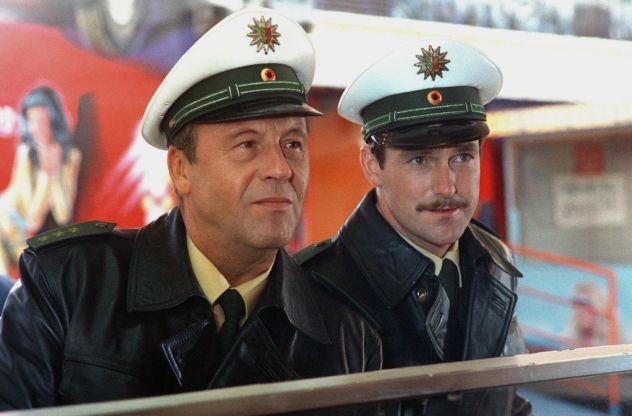 More like a stuffy little townie. Policemen help each other to build row houses, comradeship and clubs count. Latent domestic violence. One of them (Günter Lamprecht as main actor) leaves the scene and doesn't cover up for his police colleague when something half-crummy happens on patrol. This is against the unwritten rule that police officers must always cover themselves and never let anyone testify against a colleague. The bullying begins. - The movie is very well cast, ambitious and emotional... accordingly, the orchestral film music, even with two songs, is very elaborate produced for a TV feature film.