(in memoriam Albert Schweitzer) for organ and Djembée 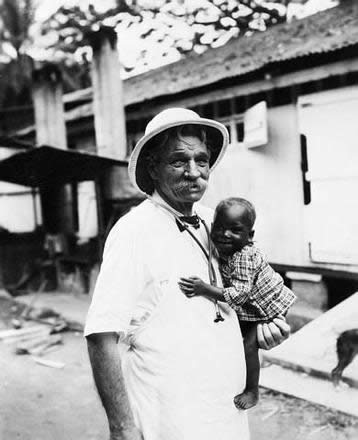 Instrumentation: Preferably, a three-manual organ with a selection of 8 registers and hand drums (one percussionist plays one or more Djembées or other African drums)

Introduction:  11th of May 2013 with the cathedral organist Thomas Sauer in the St. Hedwig's Cathedral Berlin

AFRICAN PATCHWORK was created in August of 2012 by recommendation of Michael Grüber/OrganPromotion for the European „Albert Schweitzer Year 2013“, in memoriam of the establishment of the hospital in Lambaréne a hundred years ago, in 1813. The inspired organ sound functions as an ideal and is inteded as the typical „Albert Schweitzer sound“: romantic, soft principals and string voices, barely any mixes cymbals and tongues. Added to this dark basic sound is the overtone-laden and modulation-capable Djembée (the most famous African drum that can be used in different sizes). Depending on the creativity of the percussionist, the mainly rudimentary percussions part can be expanded with misc. playing techniques, drum changes and pitch modulations of the drum membrane. The notated percussions key can be used as the basis for an intuitive play. However, the strictly notated subtraction processes (the so-called phasing technique) in the beats 105-156 are not to be changed.

Additional remarks:
Despite some racist remarks made by him, Albert Schweitzer (1875-1965) was a great humanist who gave an important testimonial for the international anti-nucleal-power-movement in his role as a renowned Nobel prize laureate and who took on the militarism of the USA and the American CIA as fierce pacifist. His formidable legacy was his work as a doctor in Lambaréne (75 km south of the equator) at the Ogoué river where he founded 'his' hospital in 1913.