for solo percussion and orchestra 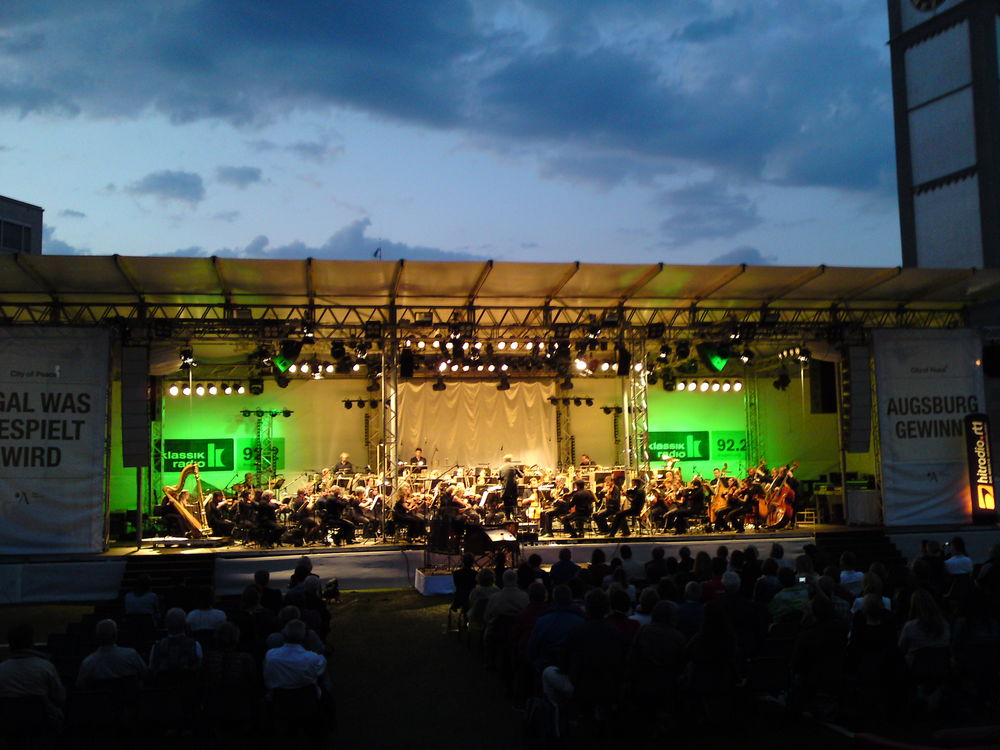 Introduction: The Bembee rhythm is an African rhythm, expressing joie de vivre, power and vitality. At its beginning and at the end of the composition, a hymn-like melody with major key joy is evident. The central part takes the Bembee rhythm on an emotional journey and shows different variations - you can hear the voodoo magic, excessive force, ritual dance and sometimes dangerous, almost uncontrollable sub-parts. A country on the rise, full of contradictions, - and at the end of the day, full of everlasting vitality.

Press reviews for world premiere: 'Augsburger Allgemeine Zeitung': 90 minutes is the duration of a soccer match, and it took almost that long for general musical director Dirk Kaftan and his Philharmonic Orchestra to take the audience of the 'Kulturstadion' on a musical journey around the world...Finally, there were also two world premieres - each in the presence of the respective composer. To represent the African teams "African Bembee" of the film score composer Enjott Schneider, some sort of a fantasy about an African festival rhythm, there was a brilliant solo of the African percussions by Stefan Blum. The grand vibrant Latin-American finale that Kaftan and his musicians served to the audience really made that audience of 'Kulturstadion' giddy with excitement. Claus Lamey