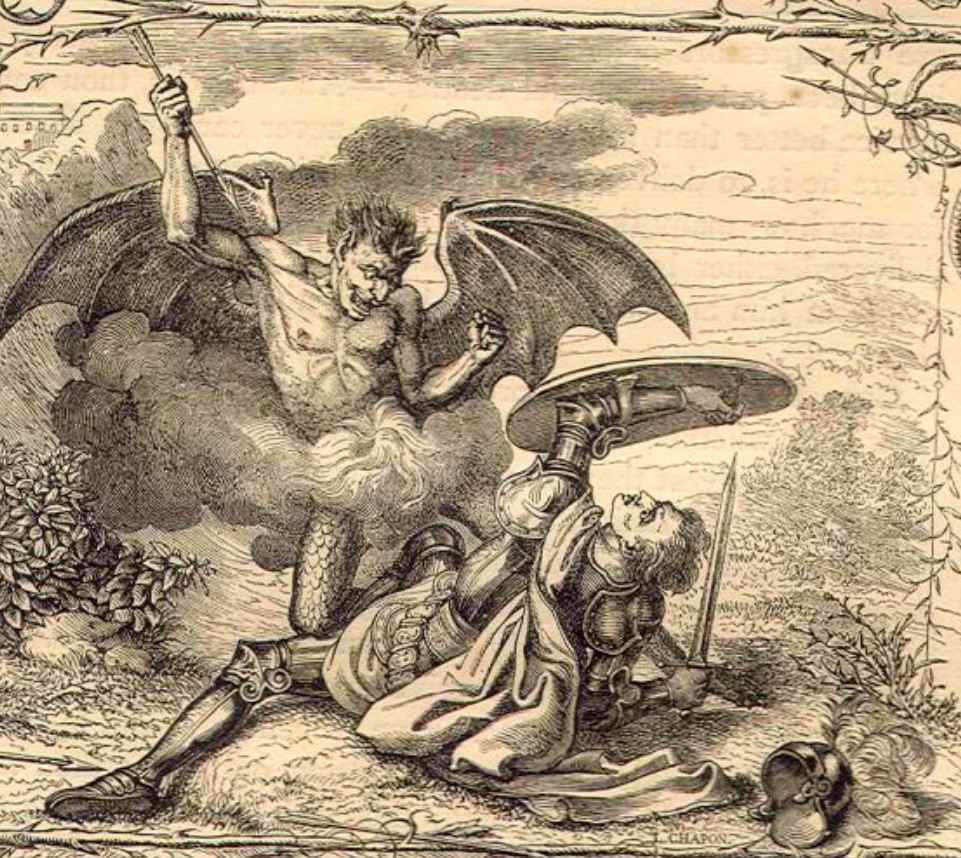 Introduction: „Abaddon“ in a biblical context describes a mysterious creature that has also been a source of inspiration in heavy metal music and for illustrators of fantasy literature, which has lead to archaic-magical worlds of expression. The word itself is a combination of the Greek term „abaton“ (pit) and the Hebrew term „abad“ (obliteration, downfall, abyss). You can find it in the Old Testament (Book of Job and Psalms 28,22 and 88,11) in the context of the kinkdom of the dead 'Scheol'. In the New Testament, „Abaddon“ mainly refers to the 'angel of the abyss', especially in the 9th chapter of the apocalypse, describing the following horrific scenario:
2 And he opened the bottomless pit, and there arose a smoke out of the pit, as the smoke of a great furnace; and the sun and the air were darkened by reason of the smoke of the pit.
3 And there came out of the smoke locusts upon the earth; and unto them was given power, as the scorpions of the earth have power.
4 And it was commanded to them that they should not hurt the grass of the earth, neither any green thing, neither any tree, but only those men who have not the seal of God in their foreheads.
5 And to them it was given that they should not kill them, but that they should be tormented five months; and their torment was as the torment of a scorpion when he striketh a man.
6 And in those days shall men seek death, and shall not find it; and shall desire to die, and death shall flee from them.
7 And the shapes of the locusts were like unto horses prepared for battle; and on their heads were, as it were, crowns like gold, and their faces were as the faces of men.
8 And they had hair as the hair of women, and their teeth were as the teeth of lions.
9 And they had breastplates like breastplates of iron, and the sound of their wings was as the sound of chariots with many horses running to battle.
10 And they had tails like unto scorpions, and there were stingers in their tails; and their power was to hurt men five months.
11 And they had a king over them, the angel of the bottomless pit, whose name in the Hebrew tongue is Abaddon, but in the Greek tongue his name is Apollyon.
The reception of this surreal Bible verse has lead to heterogeneous interpretations. Occultists saw Abaddon as a powerful demon or even Satan himself. Others saw him as the archangel Michael, the conquerer of dragons. There are also people who saw Jesus in him, because chapter 20 of the apocalypse mentions an angel that has the key to the abyss and throws satan in there.